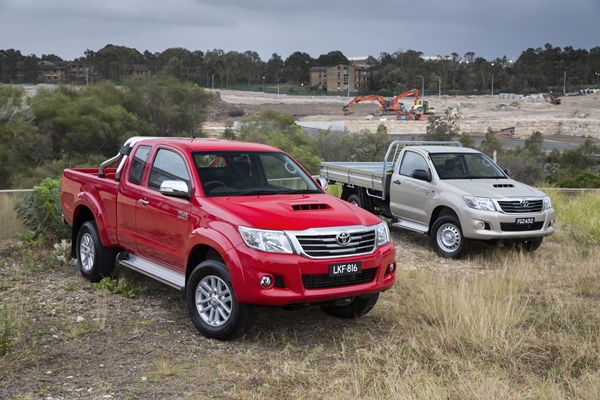 Toyota’s “unbreakable” HiLux is now even tougher for buyers to resist with the addition of new safety, technology and convenience features.

The updates, which apply to Extra and Single Cabs, include the maximum five-star ANCAP safety rating for 4×4 variants.

Other improvements include display audio systems across the board, a new five-speed automatic transmission for the diesel engine, and fresh interior colours and materials.

The five-star safety rating for 4×4 HiLux Extra and Single Cabs is due to the standard fitment of stability and traction control, brake assist and electronic brakeforce distribution on these variants. A front passenger seat-belt reminder is also part of the package. 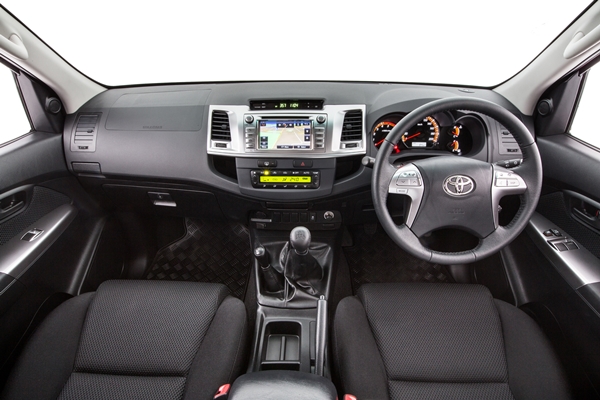 The MID, viewed on a liquid crystal display, shows current and average fuel economy, average vehicle speed, cruising range, outside temperature, a compass and time. This feature is new to SR, as are the Optitron dials for speed, engine revs and fuel tank/coolant temperature.

“The latest changes will ensure HiLux continues its reign as one of the most popular vehicles on the Australian market with around 40,000 sales this year and a similar number anticipated in 2014,” Mr Cramb said.

“The improvements for HiLux will be appreciated by mining and other sectors such as primary producers, as well as by private customers who like the flexibility that comes with their weekday workhorse.

“With customer preference in the HiLux market strongly slanted towards diesel engines, we have also taken the opportunity to respond by adopting a more focused line-up, particularly with fewer V6 petrol variants,” Mr Cramb said.

The most popular HiLux engine is the 126kW/343Nm common-rail diesel with electronic direct injection and a variable-vane turbocharger.

Depending on the grade, petrol engines for HiLux are a 116kW/240Nm 2.7-litre four-cylinder or a 175kW/376Nm V6. Both petrol engines offer power and economy benefits from Toyota’s variable valve timing with intelligence.

HiLux Single and Extra Cabs are covered by the capped-price Toyota Service Advantage at a maximum of $170 per service^^.

Double Cabs, to be revised from November production, are expected to go on sale in mid-January. Details will be released at that time.

Options:
Metallic paint – all grades: $475 (no change)
Air-conditioning on Workmate, SR: $2051 including fit fee (no change)

The Mitsubishi Triton has a strong Australian influence with customer feedback sessions and many kilometres of local testing showing through in the design functionality, engine’s torque characteristics, […]