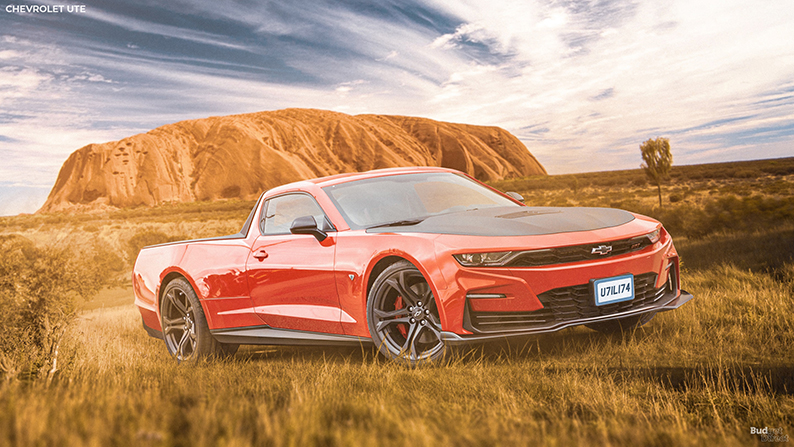 No car symbolizes Australian culture like the mighty ute (pronounced: YOOT). Known around the world as the utility vehicle, the ute is so popular in Australia that the Toyota Hilux has become the bestselling passenger vehicle in the land down under, leaving the Toyota Corolla for dust.

Just look at the numbers: Toyota sold 48,000 Hiluxes in 2019 while Ford’s Ranger was a close second with 41,000 units sold. Both utes outsold the Toyota Corolla and the Hyundai i30 – so it’s no wonder hatchbacks seem to drive in the shadows of utes out on the streets these days.

But while Australians and the rest of the world are already familiar with utes like the Hilux, Ranger, and Mitsubishi Triton, our friends at Budget Direct couldn’t help but ponder how it would look if 8 premium car manufacturers decided to make their very own utility vehicles. Take a look at what they came up with! 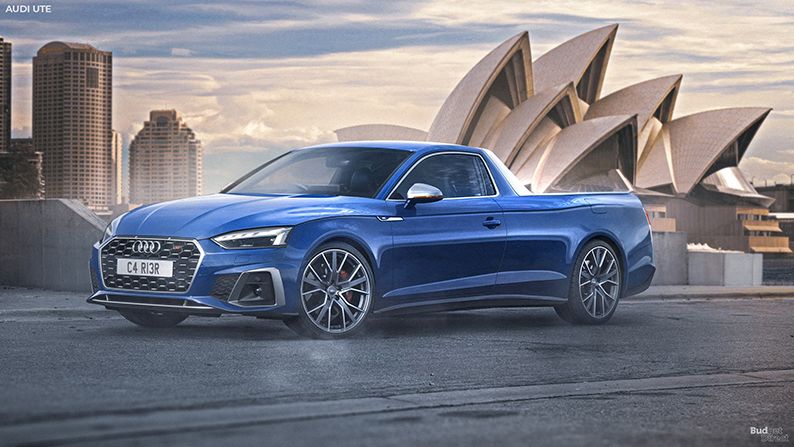 Our Audi UTE is inspired by the grille, bonnet, windscreen, and underpinnings of the gorgeous RS4 Avant. It’s essentially an Audi RS4 or RS5 from the nose to the B-pillars – nice if you’d like your Audi pickup to be a bit sporty. Beyond that, though, this sport-luxury ute is a utility vehicle at heart.

Naturally, the Audi UTE comes with Quattro all-wheel-drive and a stonking 2.9-liter twin-turbocharged TFSI motor producing 331 kW (444-horsepower) and 600 Nm of torque (we lifted this directly from the RS4 Avant). The 8-speed automatic Audi Ute has no trouble rushing from zero to 100 kph in around 4.1-seconds with a full load of cargo. 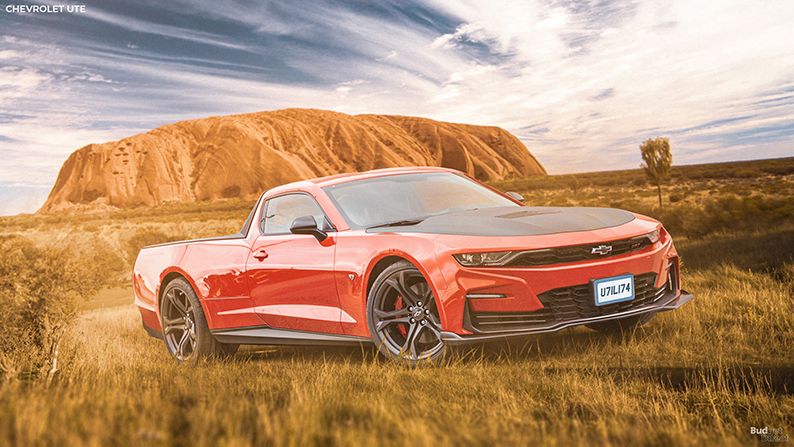 Our rendition of a modern Chevy Ute has the essence of a muscle car and the retro-classic appeal of Chevy’s iconic El Camino. The result is a chopped up Camaro with two doors, two seats, and a long bed in the back – precisely what a new El Camino should look like.

Don’t get us wrong, we love the fact Chevrolet is back in Australia with the massive Silverado. But we decided to offer a smaller, lighter ute with enough power to outrun the average dinky, overpriced sports car in a dragstrip. Equipped with either a naturally-aspirated or supercharged 6.2-liter V8, this muscular ute means business. Attention Chevrolet: the ball is in your court! 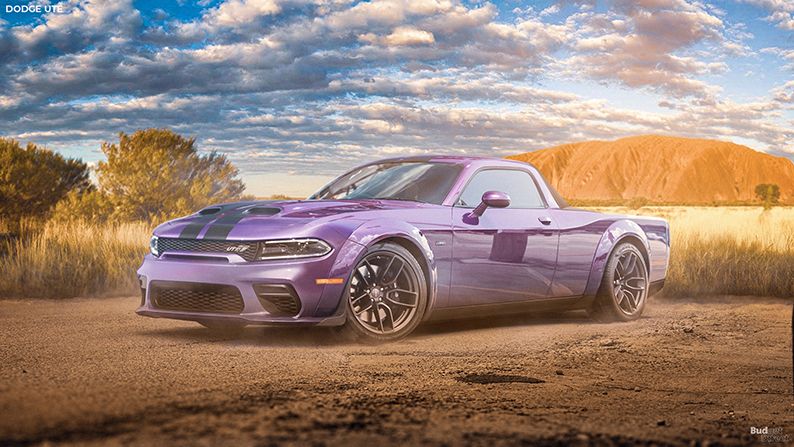 It would be heretical to create a Chevy ute without coming up with an equivalent Dodge. Sadly, Dodge has stopped selling cars and SUVs in Australia since 2012. But rumors are fresh about the impending arrival of both the Dodge Charger and Challenger (which has still yet to materialize so far), so we took those as our starting point for the Dodge Ute.

Our Dodge Ute has the proportions of the Challenger with the face of a Charger. It also has two seats and a long bed (to carry an extra set of racing tires). We couldn’t leave out the massive hood up front and those quintessential hood scoops – all the better to feed the hungry 707-horsepower supercharged V8 we pulled from the Dodge Hellcat. 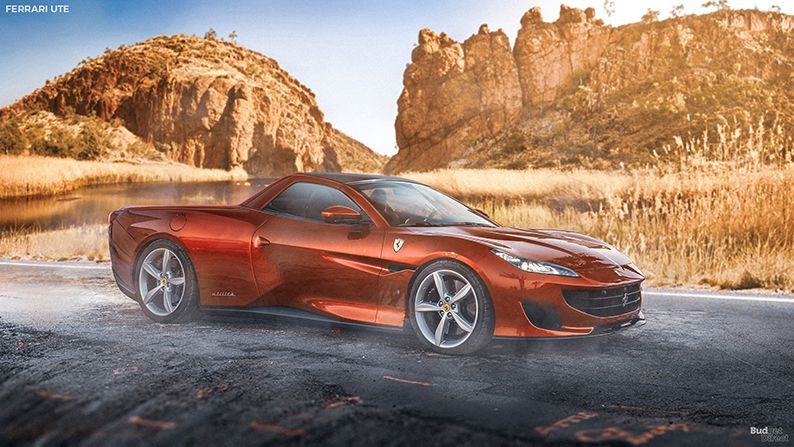 Ferrari’s been busy. The Italian supercar-maker unveiled five new models in 2019, and capped it off with the hand-bitingly gorgeous Roma GT. But for the Ferrari Ute, we shifted our focus to the Portofino and its V8 motor up-front. The Ute, like the Portofino, is a 2-seater but we’ve replaced the folding hardtop roof with a fixed unit. Our unlikely pickup us powered by a twin-turbocharged 3.9-liter V8 motor, a seven-speed dual-clutch tranny, and a rear-wheel drivetrain

The Italian car Gods might scoff at the idea of a Ferrari utility vehicle. But hey, if someone could convince Ferrari to make the Purosange SUV, why not add ‘Ferrari Ute’ to the comments and suggestions card? 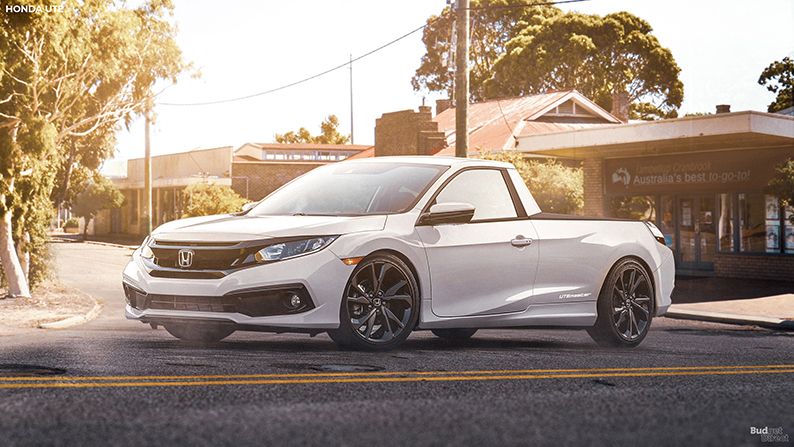 For all intents and purposes, Honda already has a proper ute with the Ridgeline. Sadly, it’s not sold here, so we came up with something based on a Honda vehicle sold in Australia: the Civic. We’ve moved the Honda Ute’s wheel arches closer to the shoulder line, giving it a low-riding, sporty vibe. It’s also a lot smaller than other utes in this list.

In terms of engine power, we’re betting on the turbocharged VTEC motor in the Civic VTi-L or RS. Producing 228 kW (305 horsepower), this Honda Ute is not short on power for some good old driving fun. 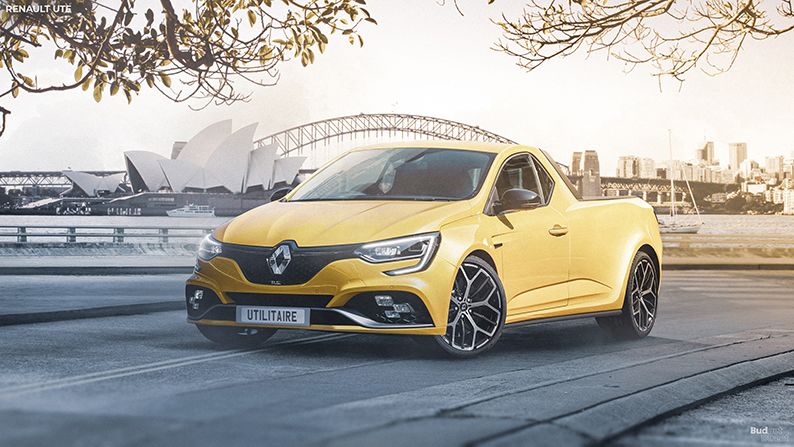 The French don’t buy utes. Instead, they follow their natural inkling towards small, comfortable runarounds such as the Renault Megane (especially the hot Megane RS). With a front-end based on the current Megane RS – a spectacular-looking ‘hot hatch’ – this Renault Ute has all the makings of a winner.

Although it’s the smallest ute in this bunch, our Renault Ute is practical and fun. We extended the bed to accommodate baskets of flowers, wine, cheese, and baguettes, and put a powerful, 1.8-liter turbocharged four-cylinder motor under the hood. The six-speed manual comes as standard. 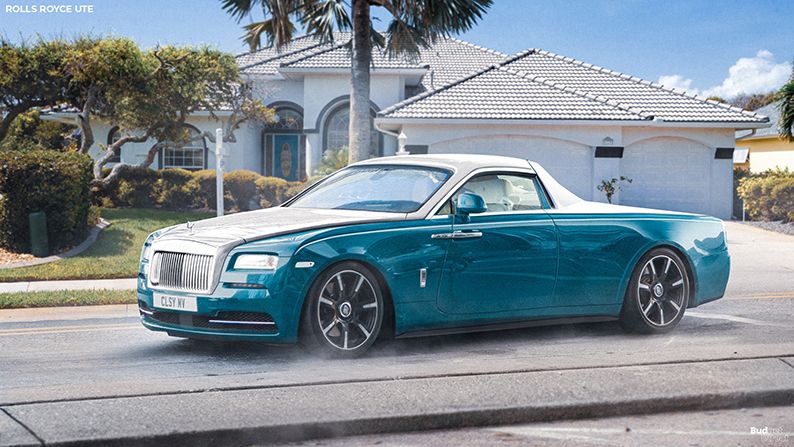 Similar to Ferrari, Rolls-Royce couldn’t resist the allure of a proper SUV. The result is Cullinan, the world’s most premium sport utility vehicle. But how about a full-on ute, eh? We threw out the designs for the Cullinan, and based our ute on the Rolls-Royce Wraith (because it’s a proper luxury coupe with two doors). We couldn’t be prouder of what we’ve done.

When was the last time (or the first time) you saw a ute with ‘suicide doors’? We transferred them from the Wraith, and they look rather jolly nice. But what a standard Wraith doesn’t have is a long bed to carry your Hermes luggage bags, a throng of shotguns and rifles for hunting season, and maybe a keg or two of your favorite liquor – all of which are hidden from plain view by a standard bed cover. 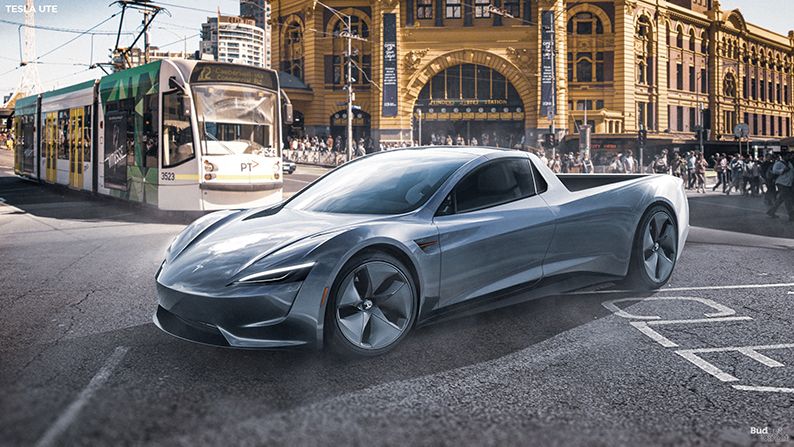 The electric car revolution started with Tesla Roadster v1.0, followed by Models S, X, and 3. Now, the world awaits the impending dominance of the incoming Model Y crossover and the bizarre Cybertruck. Tesla has become the biggest automaker in U.S. history with a market capitalization of around $81.4 billion, beating Ford and General Motors. As of January 2020, Tesla surpassed $100 billion in market value to trample Volkswagen AG. But they haven’t got a ute, have they?

We’ve created a Tesla Ute for you and Elon Musk’s convenience. Instead of cutting down the Cybertruck or Model X from the B-pillars, we insisted on a ute based on the upcoming Roadster v2.0 to keep things racy. Will the Tesla Ute have 10,000 Nm of torque and a zero to 100 kph time of 1.9-seconds? Yes, and yes! How about the Space X package with those cold gas thrusters for some added shove? You bet!

Granted, these utes are mere flights of fancy, but it’s fun to imagine a world where Ferrari, Tesla, and even Rolls-Royce decide to join the pickup bandwagon. These marvelous utes might not enter production anytime soon, but it’s not stopping us from reimagining what future cars might pull up next to you at the lights.

This post was brought to you by Budget Direct Car Insurance

The Chinese are coming again. Ateco has launched the LDV T60 Dual Cab 4WD Ute to the market and it is set to shake up the status quo a little. […]

2012/13 OzRoamer 4×4 Dual Cab of the Year Award Introducing the best Dual Cab utes in a no holds barred shootout.Representing the pinnacle of Diesel performance. […]