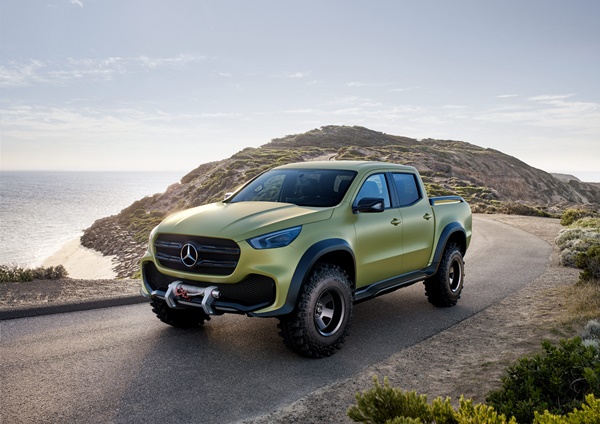 The Concept X-Class powerful adventurer touched down in Melbourne for the first time earlier this week. It’s a sign that preparations are underway for the highly anticpated release of the new Mercedes-Benz X-Class in 2018

Following on from its October launch in Stockholm Sweden last year, the Concept X-Class was flown in from Germany for a number of promotional activities, including a series of photo shoots which placed the vehicle in typical Australian settings. The photos will be used for various promotional materials supporting the launch activities. It also featured at the Mercedes-Benz Vans Australia and New Zealand National Dealer Conference held in Melbourne over the past two days. The dealer network received a detailed briefing on the vehicle from Christian Pohl, global Head of Product Management and Marketing for X-Class, who was also in the country supporting the local team ahead of next year’s official arrival.

“The new Ford Ranger brings a new level of comfort and refinement to its segment without compromising on the rugged capability that our customers demand,” said Brett Wheatley, vice president, Marketing, Sales & Service, Ford Asia Pacific […]

We test here the recently released Mitsubishi Triton Exceed in 4X4 dual cab version. The drive to Melbourne is possibly one of the most mind numbing experiences available. It is long, easy and boring. The Triton’s levels of comfort for the occupants made it tolerable […]