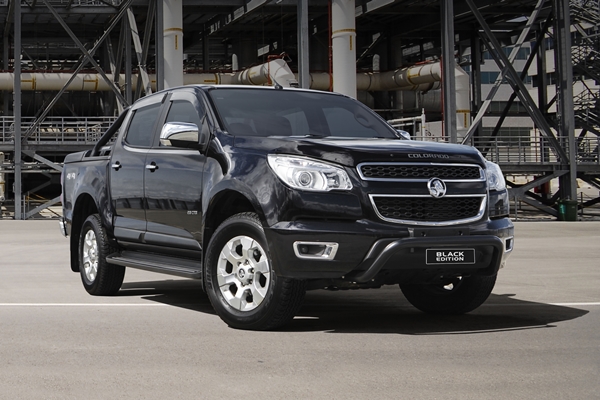 In response to strong customer demand for this on-trend look, Holden is offering customers the opportunity to package together a number of accessories and save more than $1000 in the process. The ‘Black Edition’ Colorado includes:
• Hard tonneau cover 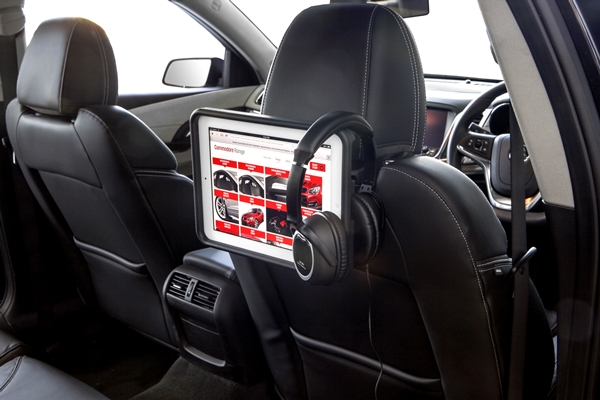 Normally priced at more than $5,000, participating Holden Dealers are offering the ‘Black Edition’ accessory pack at a special sale price of just $3,995 (maximum) until 31 December 2014.

The ‘Black Edition’ Colorado will be on display alongside a Holden State of Origin liveried Colorado and the famous Nürburgring world-record breaking VF SS V Redline ute at the Deni Ute Muster, held this year on October 3 and 4.

The Deni Ute Muster is a tribute to Australia’s love affair with the ute and is expected to draw daily crowds in excess of 20,000 people.

Holden will again host some of Deni’s famous ute-themed events including the Holden Grunt Off and the Holden Barrel Race.

About Rob Fraser 204 Articles
Rob first learned to drive on the farm in a left hand drive WW11 Jeep when he was 11, many years ago. He has maintained a strong interest in the industry ever since and was hooked on 4WDriving way back then. Often known for taking the 4WD in the driveway over the sports car, he has travelled pretty much everywhere in Australia and when he is bored goes for a drive.
Website

Holden has announced the return of the popular ‘Storm’ Special Edition on the tough yet versatile, Colorado Pickup. The updated Colorado ‘Storm’ will be available on 4×4 LTZ Crew Cab Pickup variants only and promises customers a more premium experience. […]

Toyota and Nissan have seemingly been in the Ute market for ever. Both have gone significantly upmarket in their products over the last few years. The HiLux Rogue and Navara N-TREK are examples.  […]

VW Amarok V6 Ultimate 580 story is all about the smooth ride and handling, the almost SUV like driving, the beautiful engine and transmission combination and some added luxuries. […]