After countless hours in discussion, design and development, thousands of kilometres of brutal hot weather testing and a few short minutes of heated customer ordering online, the very first examples Volkswagen’s partnership with legendary performance vehicle builder Walkinshaw Automotive Group, the W-Series V6 Amarok, have begun rolling off the line at Walkinshaw’s Clayton facility – a stone’s throw away from the site of Volkswagen’s original Australian factory. 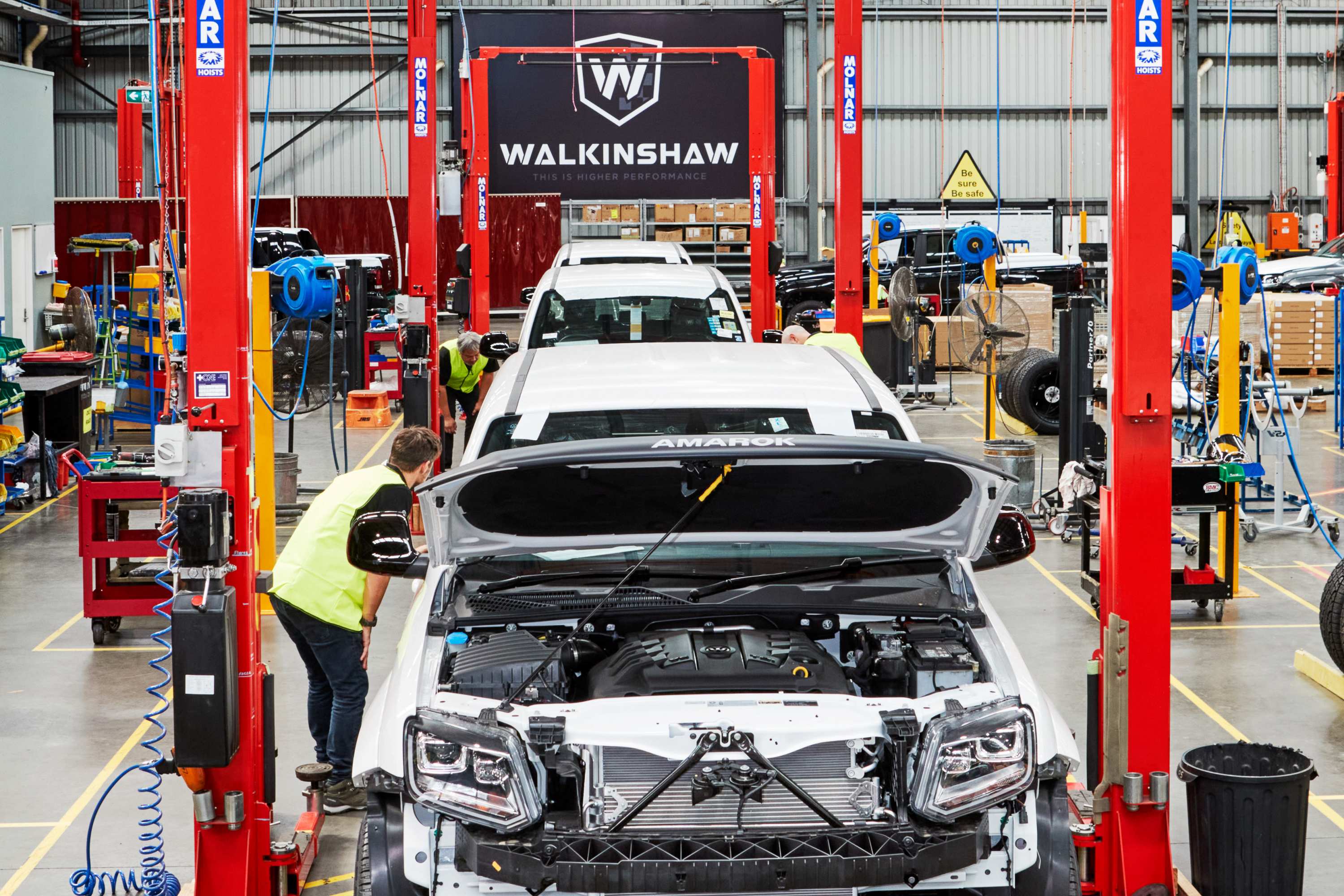 The first 48 cars to receive the Walkinshaw treatment belong to die-hard Amarok V6 fans who ordered their vehicles in December last year; having managed to snap one up online in the few short minutes before the initial allocation was exhausted. On top of being the first to receive their fully-loaded Amarok W580S, these customers will also receive a money-can’t-buy experience including a visit to the Walkinshaw factory and a Walkinshaw Andretti United factory track day.

Every W-Series Amarok will be built at Walkinshaw’s Clayton facility. Building these cars along a specially developed production line is a team of more than 25 Walkinshaw employees, many with CVs that include the who’s who of Australia’s most legendary performance cars.

Ryan Davies, Director of Volkswagen Commercial Vehicles, was thrilled to see so many local faces working on the Aussie Amarok. 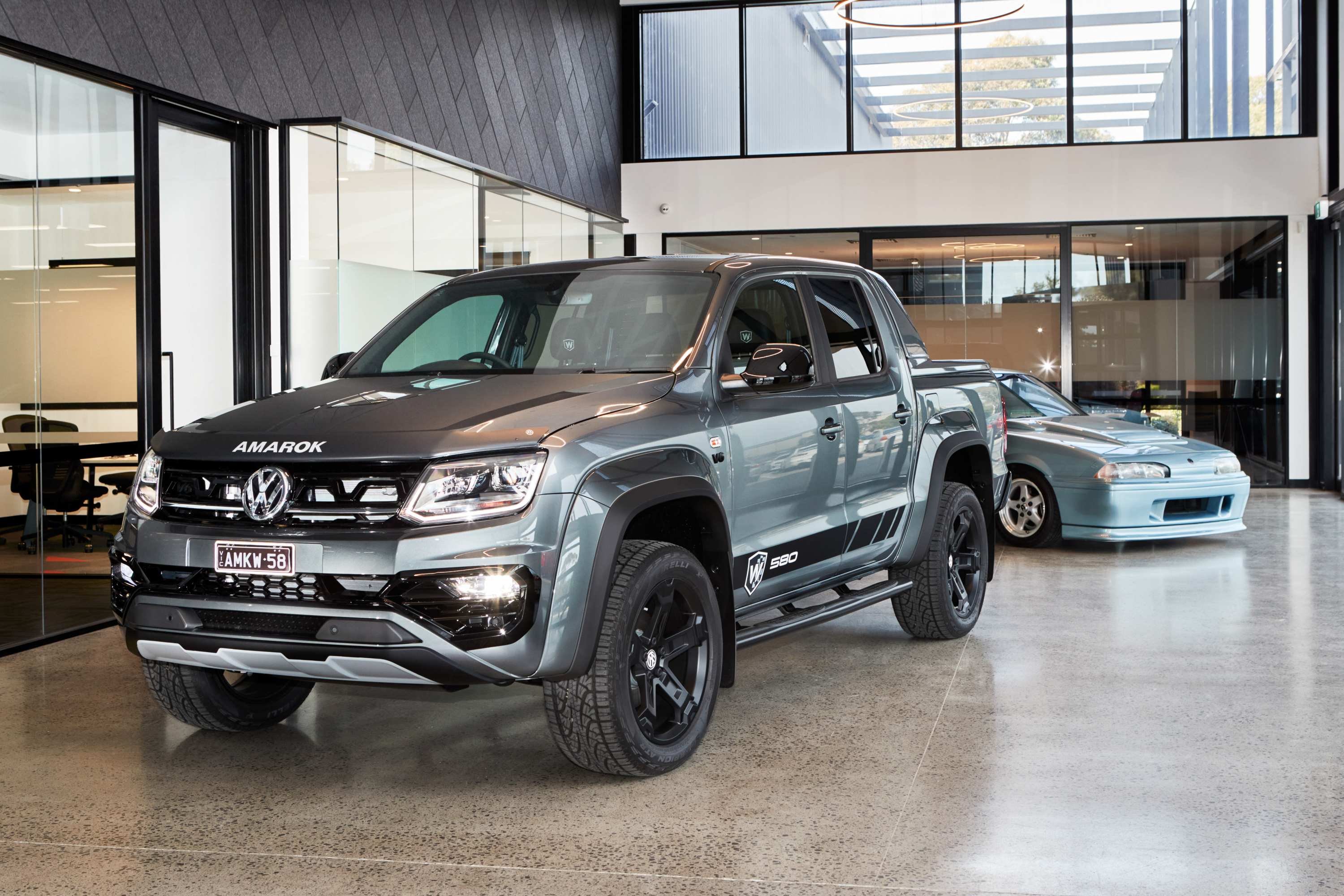 “Volkswagen has a long and proud history in Australia, but hasn’t manufactured vehicles locally for over forty years. It’s fantastic that not only are we back in the business of building cars in Australia, but in doing so with Walkinshaw, we return to our ancestral home of Clayton, just moments away from the site of the original Volkswagen plant,” Mr. Davies said.

As both brands behind the W-Series has promised from the outset, the GT-spec ute is no token ‘sticker pack’. Walkinshaw has extensively tested the tuned Amarok V6 to perform like a grand tourer, while retaining the Amarok’s legendary V6 diesel powerplant. Much like the apprentice-tuned World Time Attack Amarok that blazed Mount Panorama in 2 minutes, 57.24 seconds, the W-Series’ running gear is designed to maximise the potency of the most powerful ute in its class.

In order to make sure the Amarok W580 and fully-loaded W580S met both Volkswagen’s Hannover factory and Walkinshaw’s own exacting standards, the components, sourced from a mixed of renowned local and international suppliers, were tested extensively in a gruelling hot weather testing program that saw prototype vehicles clock up over 20,000km across multiple environments and surfaces.

Joel Stoddart, Managing Director, Walkinshaw Automotive Group, was particularly impressed with how the Amarok, and its new W-Series componentry, stood up to the punishment of testing.

“There’s a lot that goes into building a Walkinshaw vehicle, and that includes developing the right parts to suit the nature of the vehicle,” Mr. Stoddart said. 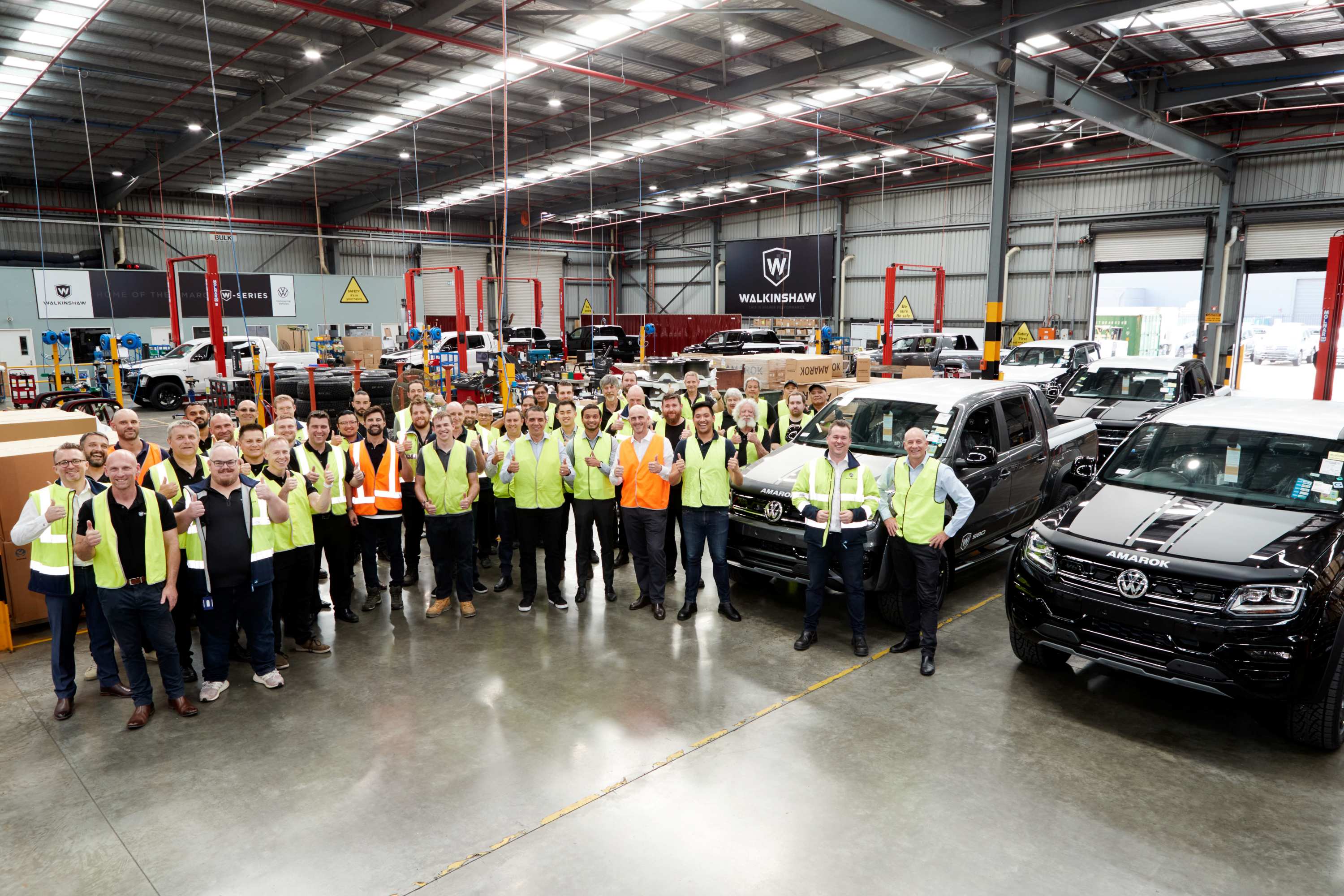 “The W-Series Amarok has been designed to offer driving dynamics and cornering ability rarely experienced in a dual cab ute. Throughout our track and open-road testing, the Amarok V6 proved itself time and again as a tough and potent base car; while the modifications we’ve made to our version of the car have only enhanced it. With such a strong chassis and that class-leading power under the bonnet, we were spoilt for choice in which direction we could take the car,” he continued.

Like all Volkswagens, the Amarok W580 and W580S come with a 5-year/unlimited kilometre warranty, capped-priced servicing every calendar year, optional three and five-year pre-paid service packs and the option to purchase under the flexible Volkswagen Choice guaranteed future value program. 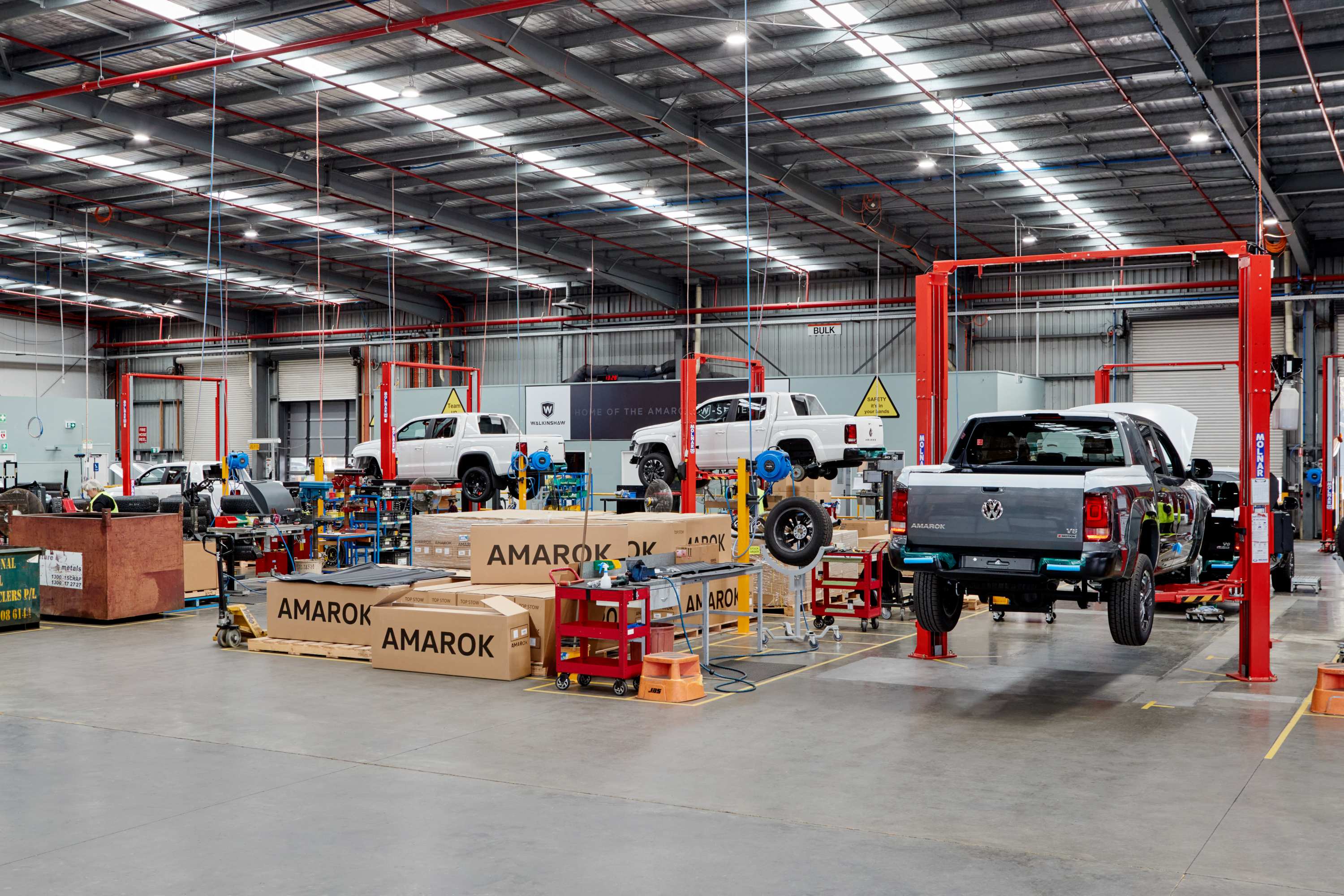 About Rob Fraser 210 Articles
Rob first learned to drive on the farm in a left hand drive WW11 Jeep when he was 11, many years ago. He has maintained a strong interest in the industry ever since and was hooked on 4WDriving way back then. Often known for taking the 4WD in the driveway over the sports car, he has travelled pretty much everywhere in Australia and when he is bored goes for a drive.
Website

A Wrangler-based pickup has been on Jeep enthusiasts’ wish list since the brand showed the Jeep Gladiator concept in 2005. The Gladiator was built on a Ram 1500 frame and shared Wrangler styling.So for those Jeep fanatics the choice is yours. Wait till Jeep builds an original Ute or go for the aftermarket conversion. […]

Nissan is building on its successful Navara with the launch of a special edition Navara ST-X Blackline Edition 4×4 Dual Cab. The Blackline Edition is on sale now for $54,888 driveaway*, packed with over $7000 of extra equipment over the standard ST-X Dual Cab model. […]