The Next-Generation Ford Ranger Raptor has arrived. Designed and engineered to dominate in the desert, master the mountains and rule everywhere in between, the second-generation Ranger Raptor raises the off-road performance bar as a pick-up built for true enthusiasts. 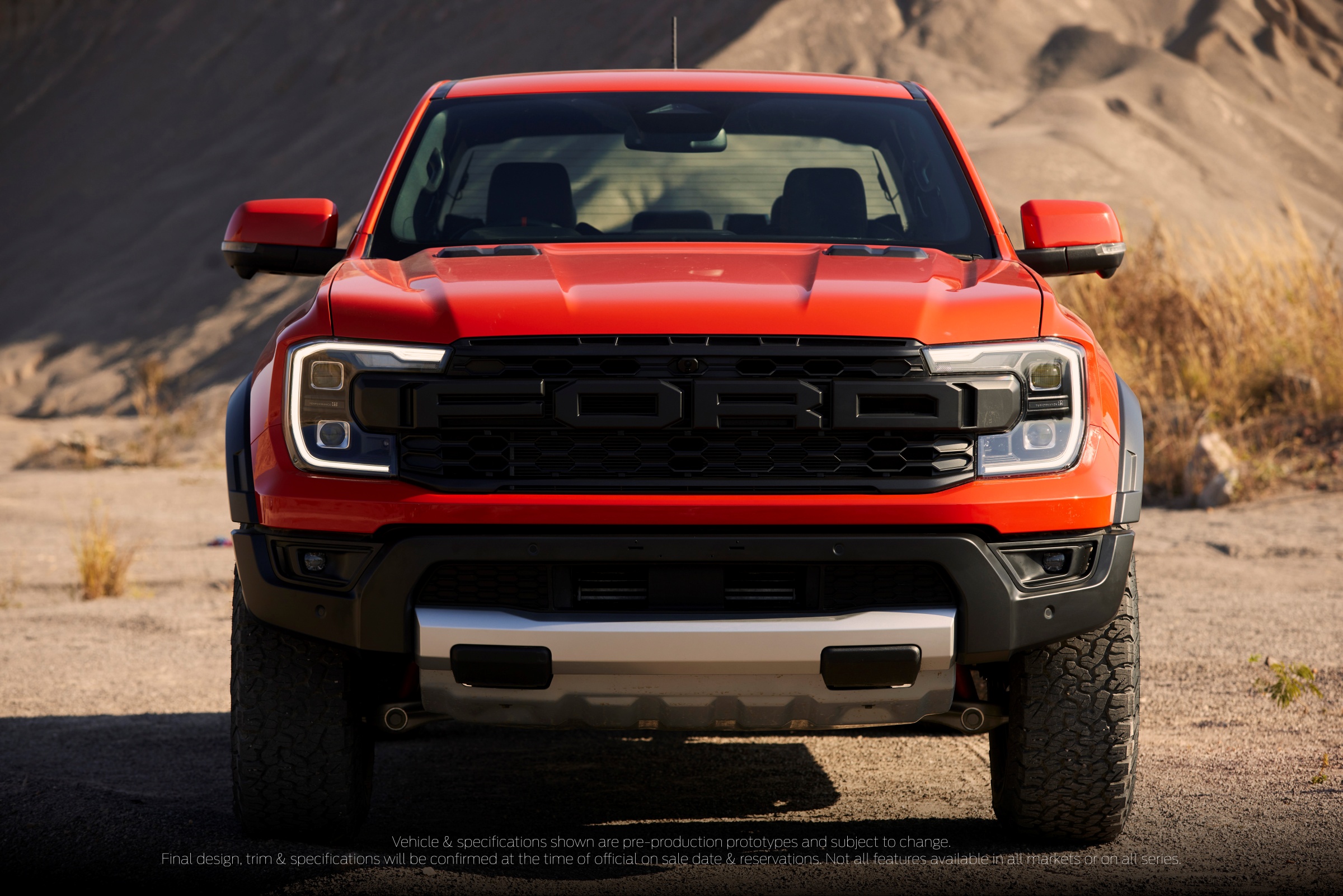 Developed by the Australian design and engineering team with Ford Performance DNA, Ranger Raptor is the ultimate performance derivative of the Next-Gen Ranger. With smarter technology and next-generation hardware, Ranger Raptor blends raw power with mechanical and technical precision to create the most advanced Ranger ever. 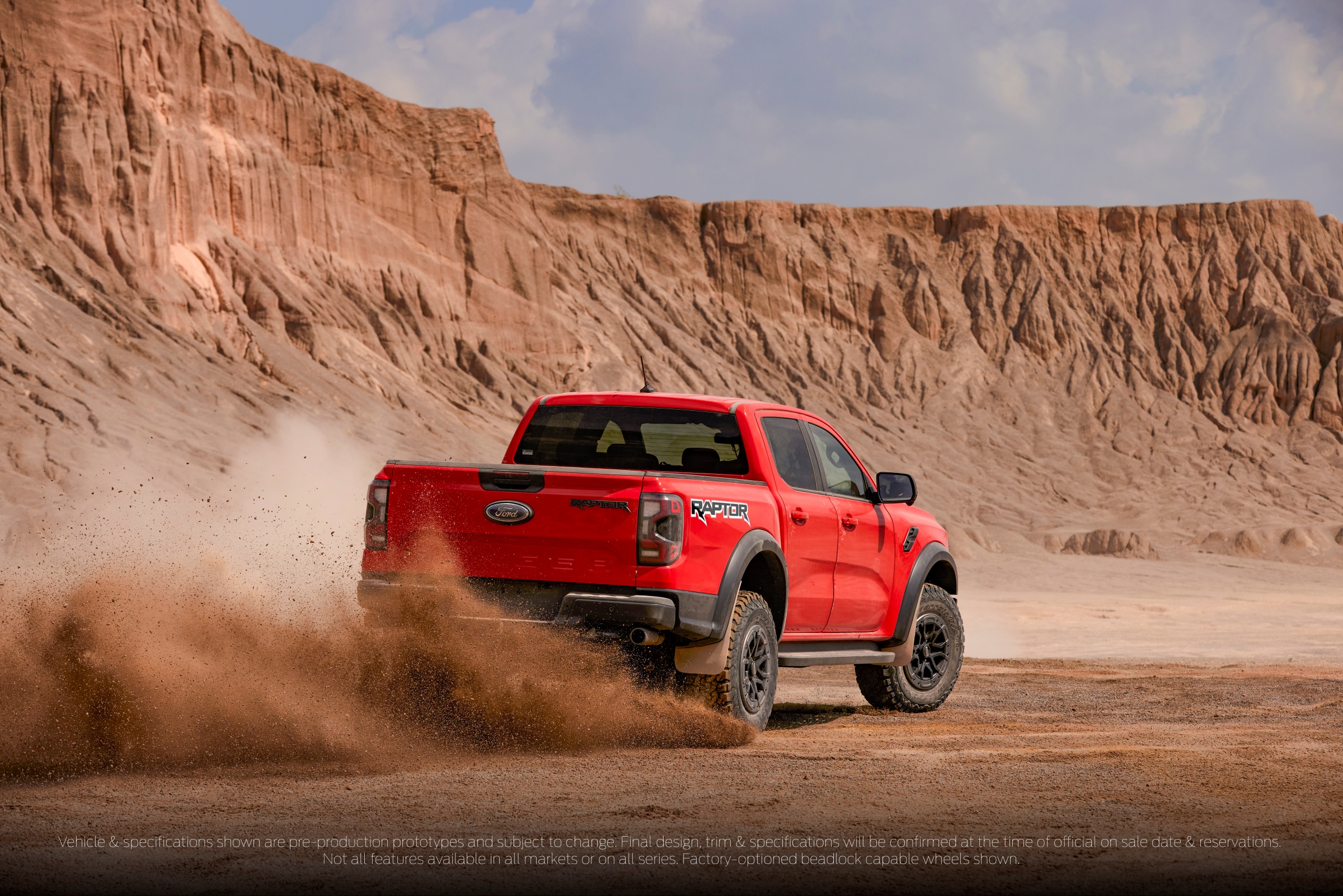 The biggest news for performance fans is the introduction of a new 3.0-litre V6 Twin Turbo EcoBoost engine producing up to 292kW (392hp) at 5650rpm and 583Nm of torque¹ at 3500rpm tuned by Ford Performance. This engine provides a huge boost in power and torque over the current 2.0-litre Bi-Turbo diesel engine.

The 3.0-litre V6 Twin Turbo EcoBoost engine boasts a compacted graphite-iron cylinder block, which is around 75 percent stronger and up to 75 percent stiffer than the iron used in traditional castings. Ford Performance ensured the engine delivers immediate response to throttle inputs, and a race-bred anti-lag system enables rapid delivery of boost on demand.

Raptor’s anti-lag system – available in Baja2 mode – keeps the turbochargers spinning for up to three seconds after the driver backs off the throttle, allowing for faster resumption of acceleration out of corners or between gears when the driver gets back on the accelerator.

“The 3.0-litre brings a different dynamic to the Ranger Raptor that will satisfy even the most hardcore performance enthusiast,” said Burn. “The acceleration and raw performance of the new powertrain leaves you grinning from ear-to-ear.”

Drivers can choose their preferred engine sound by pressing a button on the steering wheel, or by selecting a drive mode that uses one of the following settings: 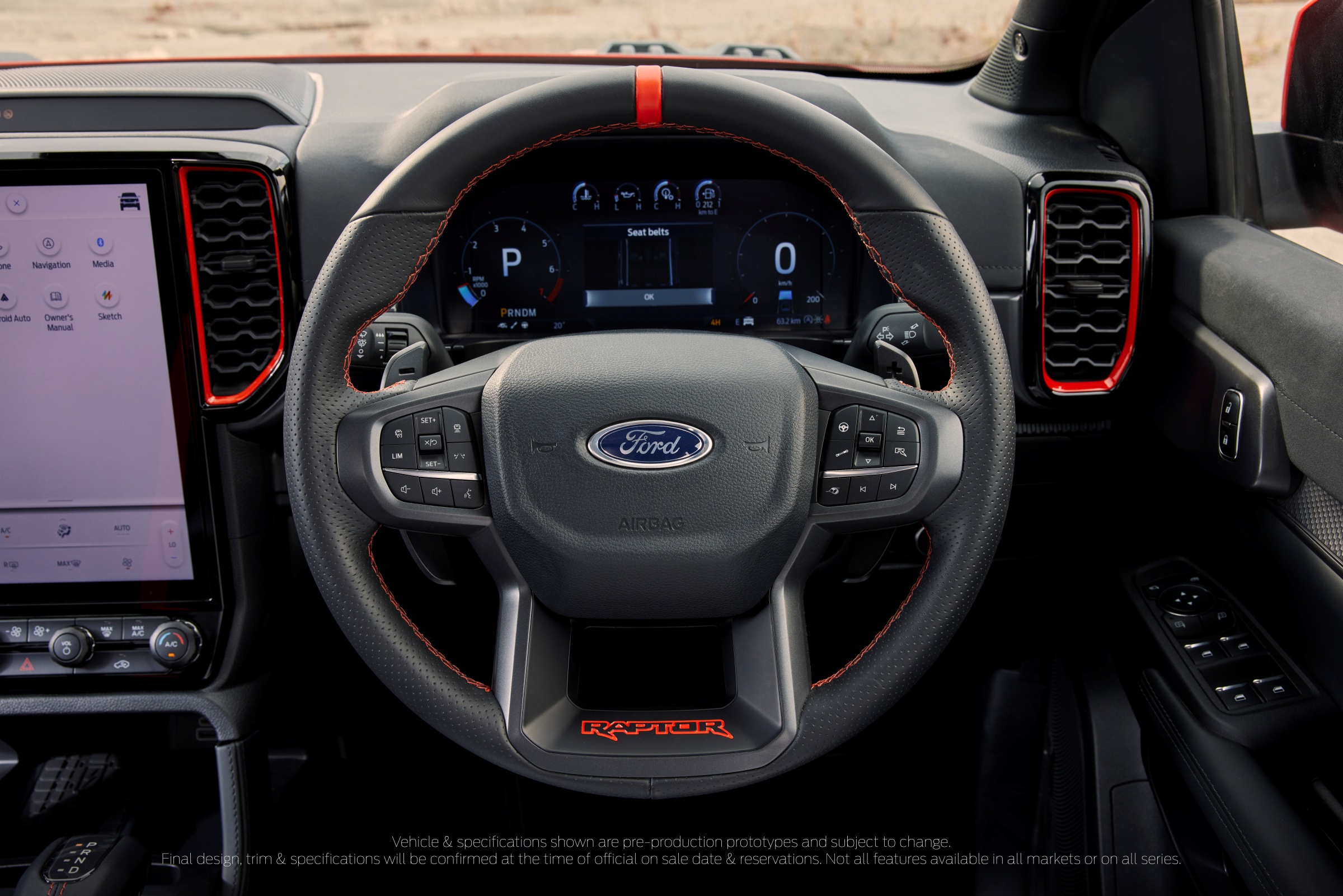 Hardware for the Heavy Hitters

Soaking up those humps and bumps are next-generation FOX 2.5-inch Live Valve Internal Bypass shock absorbers with cutting-edge control technology offering position-sensitive damping capability. These shock absorbers are the most sophisticated ever on Ranger Raptor and are filled with Teflon™-infused oil that reduces friction by around 50 percent compared to those on the previous Raptor. 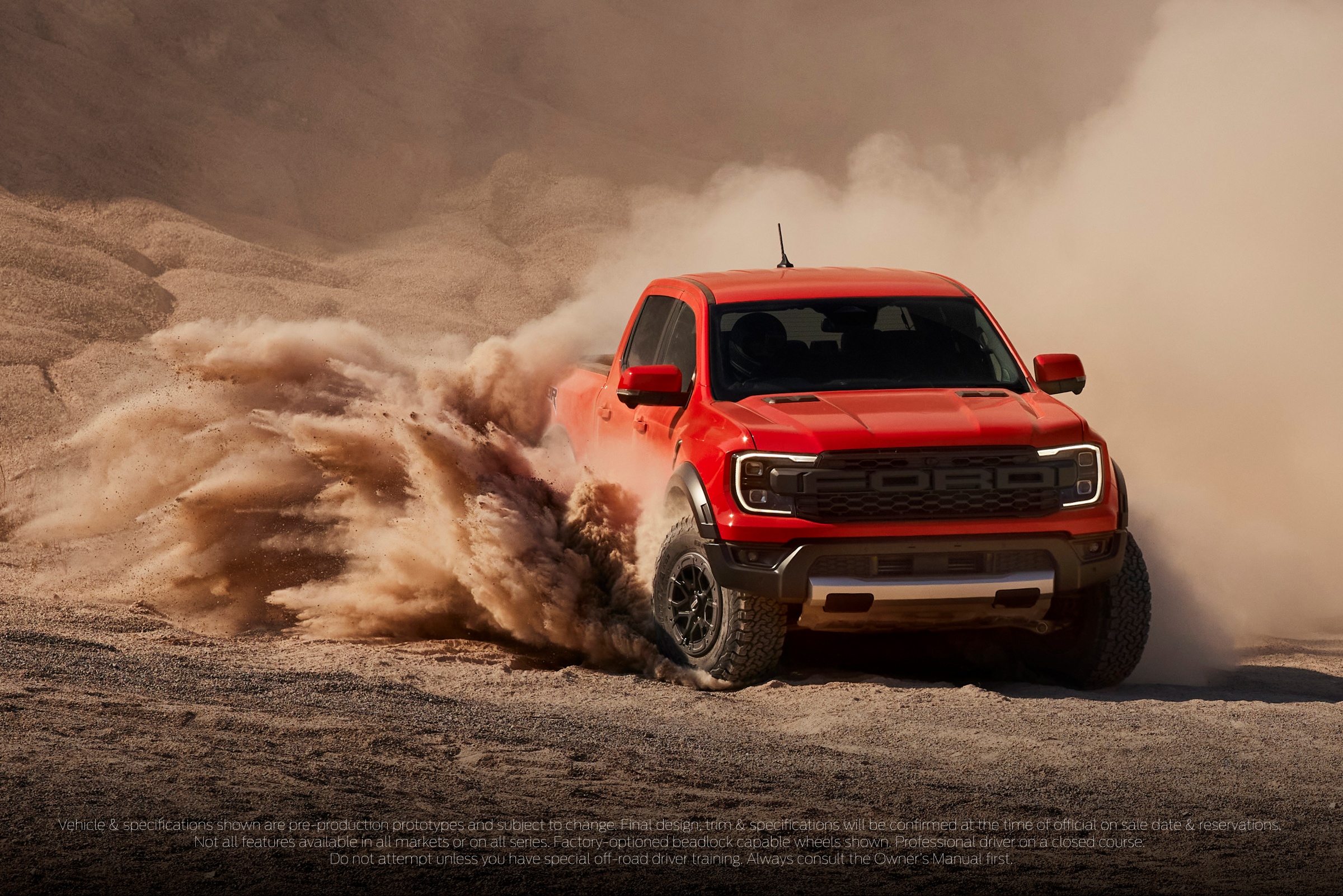 While the suspension hardware is from FOX, the tuning and development work was carried out by Ford Performance using a mixture of computer-aided engineering (CAE) and real-world testing. Everything from adjusting the spring rates to setting the ride height, valve tuning and honing the ride zones was performed to create the perfect balance between comfort, control, stability, and traction on and off-road.

In addition to working with the drive modes, the system works in the background to prepare the Ranger Raptor for different conditions. As the shocks compress, different zones within the bypass system give exactly the amount of support needed for the travel being used, and work in reverse as the shocks rebound back to full height.

To provide protection against severe bottom outs, FOX’s race-proven Bottom-Out Control provides maximum damping force in the last 25 percent of shock travel. Similarly, the system can stiffen the rear dampers to prevent Raptor from squatting under hard acceleration, improving vehicle stability. With the shocks providing the right amount of damping force at every position, Raptor stays planted on both the road and track.

Ranger Raptor’s ability to tackle rough terrain is further enhanced with some serious underbody protection. Made from 2.3mm-thick high-strength steel, the front bash plate is almost double the size of the standard Ranger bash plate. This bash plate, combined with the engine under shield and transfer case shield, provides protection for key components like the radiator, steering system, front cross member, engine sump and front differential.

Twin rated tow hooks at the front and rear provide flexible recovery options while driving off-road, with the added benefit of always being able to access one of the tow hooks (if the other is buried), as well as being able to use balance straps during snatch recoveries in deep sand or thick mud. 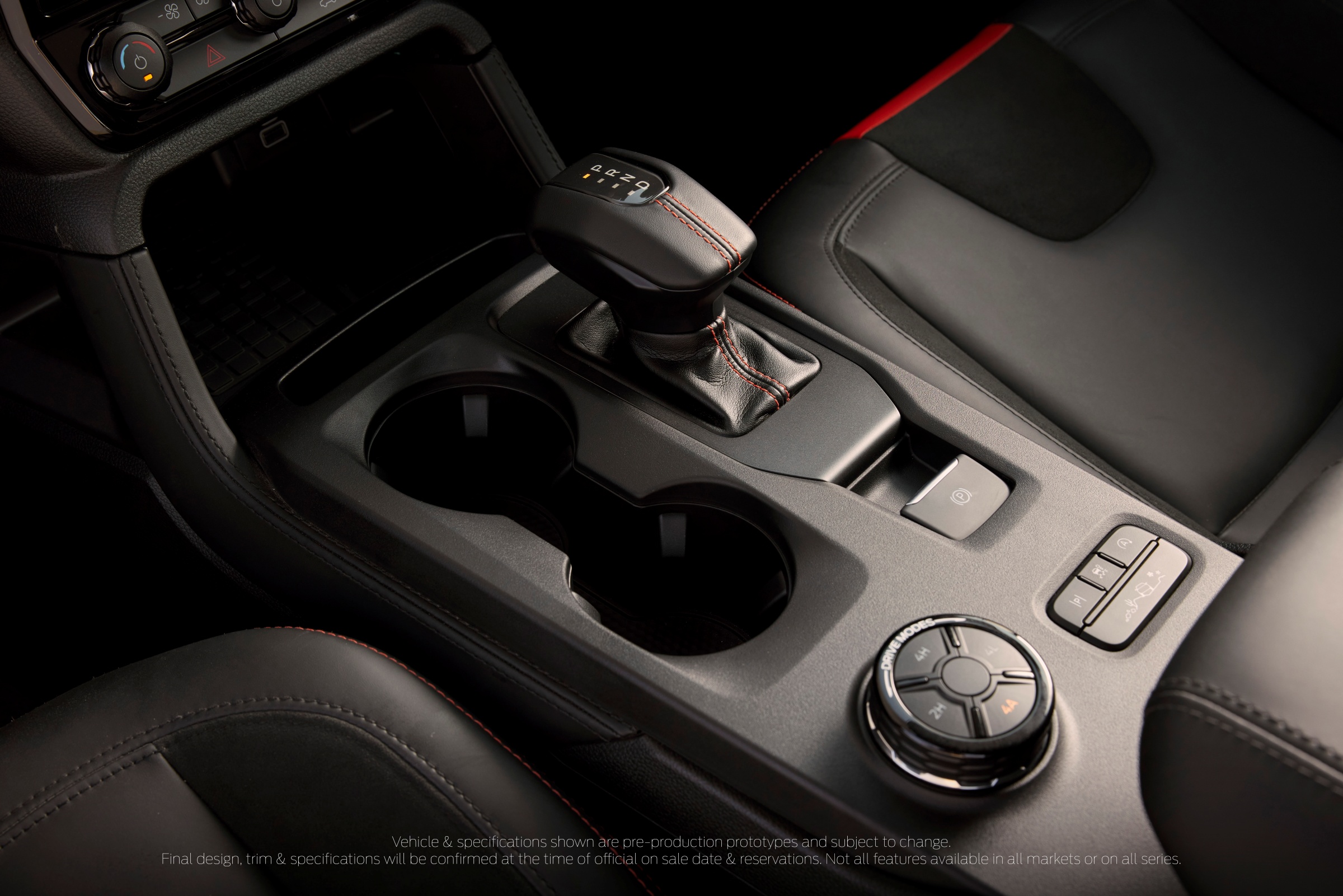 For the first time, Ranger Raptor gets an advanced permanent four-wheel drive system with an all-new electronically controlled on-demand two-speed transfer case, combined with front and rear locking differentials, a feature that hardcore off-roaders will appreciate.

“While Ranger Raptor was inspired by desert racing, it’s also a supremely capable overlanding vehicle. Out of the box we’ve created an off-road vehicle that you don’t need to modify to get you where you need to go and back again safely,” said Burn.

“We really wanted the Baja mode to be the ultimate expression of the off-road high-speed capability,” said Burn. “It’s a feature at the core of what the Ranger Raptor customer expects.”

Each selectable drive mode adjusts a number of elements from engine and transmission to ABS sensitivity and calibration, traction and stability controls, exhaust valve actuation, steering and throttle response. Depending on the mode, the colour scheme of the digital displays change to match the mode.

Next-Gen Ranger Raptor also comes with Trail Control™3 which is like cruise control for off-roading. The driver simply selects a set speed (below 32km/h), and the vehicle manages acceleration and braking while the driver concentrates on steering through difficult terrain. 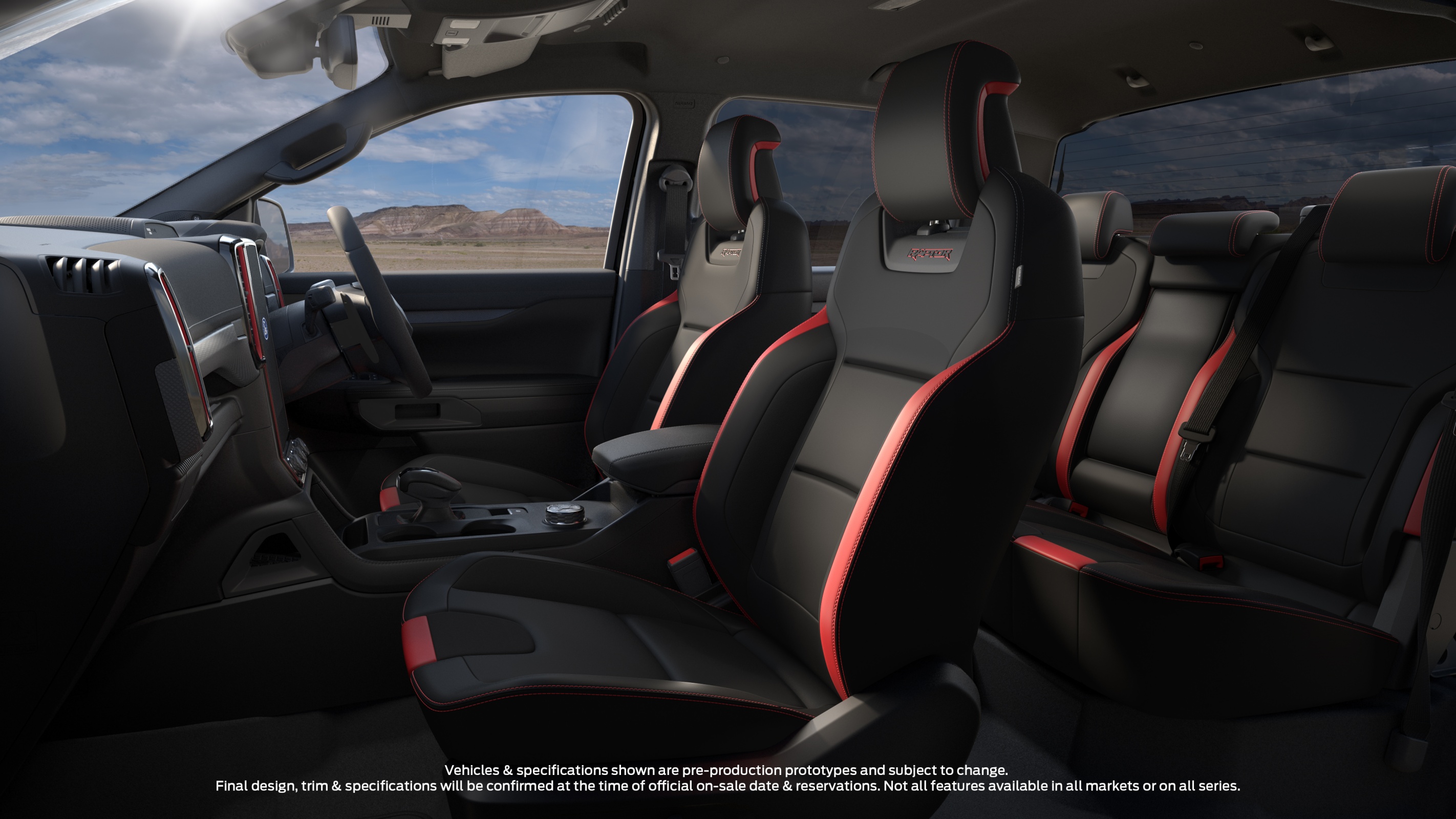 Matching the enhanced capability of Ranger Raptor is an all-new Built Ford Tough design. Emphasising the width of the pick-up are flared wheel arches, Ford truck DNA C-clamp headlamps, bold F-O-R-D lettering on the grille, and the bumper that’s separated from the grille.

“Everything designed for the Next-Generation Raptor is there for a reason,” said Dave Dewitt, Ranger Raptor Exterior Design Manager. “We’re communicating what Raptor can do just by the way it looks.”

The Matrix LED headlamps with LED daytime running lamps push lighting performance to new levels. Ranger Raptor features auto dynamic levelling and speed dependent lighting that can adjust the intensity of the beam in front of the vehicle depending on the speed at which you’re travelling. The headlamps also offer both static and dynamic bending capability as well as glare-free high-beams that help block light that could otherwise temporarily blind other drivers and cyclists.

The flared fenders accommodate a choice of two muscular 17-inch wheel designs, the optional one with beadlock4 capability, each wrapped in BF Goodrich® All-Terrain KO2® tyres. Functional vents, aero features, and tough, new-design cast aluminium side steps help enhance the look and functionality of the truck. At the rear, LED taillamps provide a signature link to the front. The Precision Grey rear bumper features an integrated step pad and towbar that is tucked up high to aid the truck’s departure angle.

The interior continues to emphasise the off-road performance and high-energy nature of the exterior. The cabin features all-new, jet fighter-inspired sports seats – both in the front and rear – that are not only more comfortable but also more supportive during spirited cornering.

Code Orange accents on the instrument panel, trim and seats are enhanced by Raptor’s ambient lighting, which illuminates the interior in an amber glow. A leather sports steering wheel with thumb swells, on-centre marking and cast magnesium paddle shifters completes the picture.

Next-Generation Ranger Raptor boasts a fully digital cabin, with high resolution 12.4-inch digital cluster and 12-inch centre touchscreen incorporating Ford’s SYNC 4A®5 connectivity and entertainment system, which offers both Apple and Android6 wireless smartphone connectivity. Compatible smartphones can be wirelessly charged via a pad at the base of the centre console. A Bang & Olufsen®7 sound system provides the soundtrack to your next adventure. 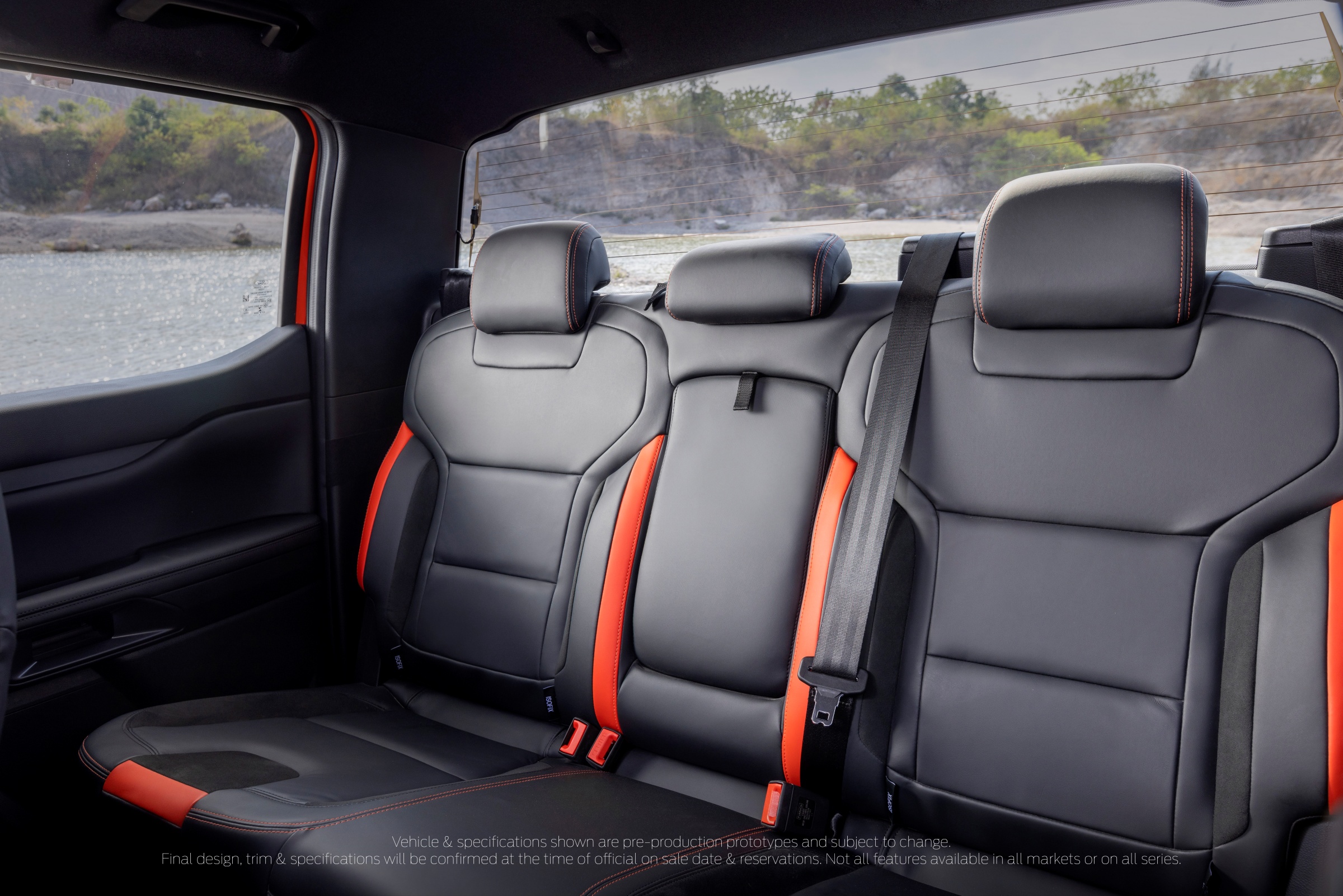 Part of the Ford Performance Family

The roots of the Raptor name lie in North America, where Ford engineers used it on high-performance pick-up trucks. It started with the first-generation F-150 SVT Raptor in 2010, which was optimised for off-road performance. Ford focused on detailed engineering upgrades around suspension, all-terrain tyres and four-wheel drive. 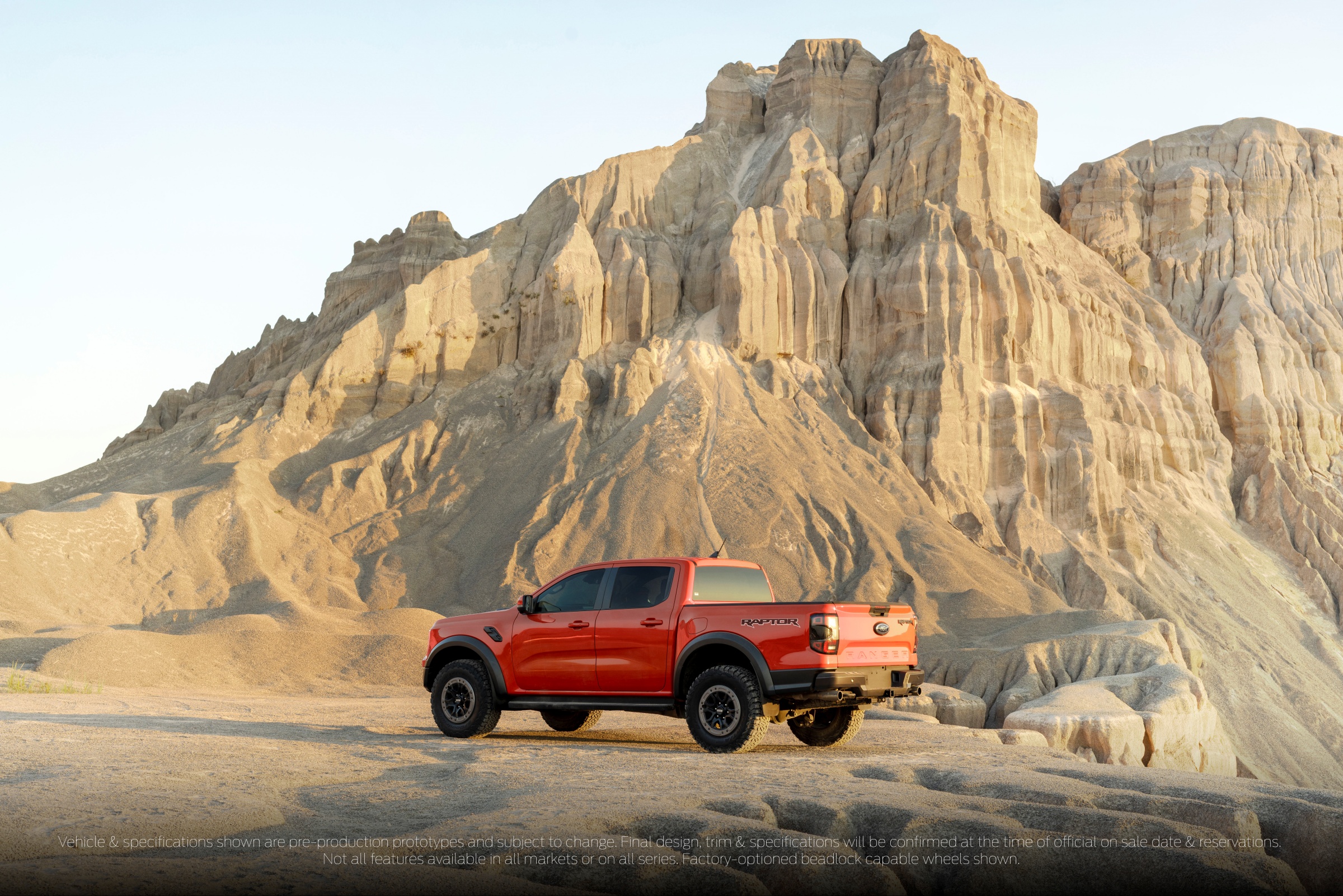 The Next-Gen Ranger Raptor continues this legacy, as a purpose-built vehicle that balances daily duties with the sort of performance rarely seen in a mid-size pickup.

“We knew that customers would expect improved performance with the Next-Gen Ranger Raptor, but I’m not sure they’re really expecting the enormous leap we’ve made. It’s a seriously fun car to drive and I think the raw performance is going to blow them away,” said Burn.

Ford Ranger FX4 Special Edition To Return For MY2020

Ford Ranger FX4 Special Edition To Return For MY2020 With Distinctive Identity, Choice Of Powertrains For The First Time, With Higher Equipment Levels And Updates […]