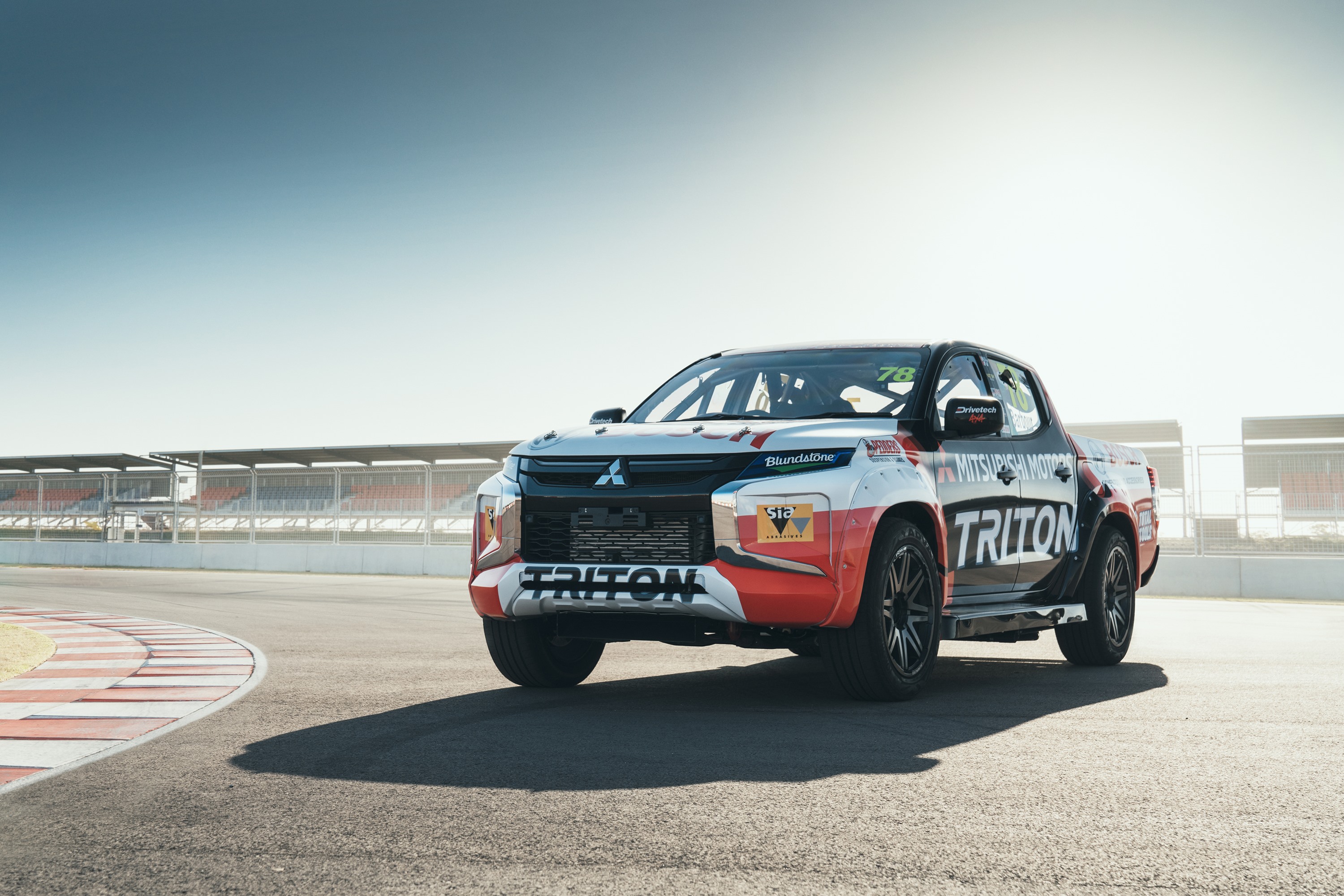 Mitsubishi Motors Australia has backed Team Triton Racing to put the new MR Triton on the track in the 2019 SuperUte Series at the Superloop Adelaide 500 from February 28th to March 3.

Team Triton which ran two Triton in the 2018 series and has added a third car to the team to be driven by Elliot Barbour and Cameron Crick with dual Dakar Rally Champion Toby Price also driving for the team in select rounds.

Mitsubishi Australia’s Deputy Director of Sales, Tim Hore, is excited about the 2019 series and the opportunity to race the new Triton.

“The whole team did a fantastic job last season and this year we have Toby Price racing again at selected events.

“We have added an additional Triton this year for Toby and Craig Dontas to share the racing in this year’s series.

We also have two very talented full-time drivers in Elliot Barbour and Cameron Crick who are more than capable of taking a place on the podium,” said Tim Hore.

Team Triton’s two full-time cars will be driven by Elliot Barbour in the #78 Mitsubishi Motors Triton and Cameron Crick in the #7 Total Tools Triton.

Mitsubishi Ambassador Toby Price has signed on to contest selected rounds this year in the #87 Triton but due to injuries sustained prior to his winning ride at the 2019 Dakar Rally, he is unable to compete at the Supercars Championship opener.

Taking his place in the event at the Adelaide 500 will be Craig Dontas, who drove in several SuperUte rounds last year.

“I’m really sad that I couldn’t get behind the wheel at the Adelaide 500 with Team Triton this year, but I need to focus on my recovery and will be back in the driver’s seat later this year! Although I won’t be on track, I’m looking forward to joining the Mitsubishi crew in Adelaide to watch the races on Sunday”, said Toby Price.