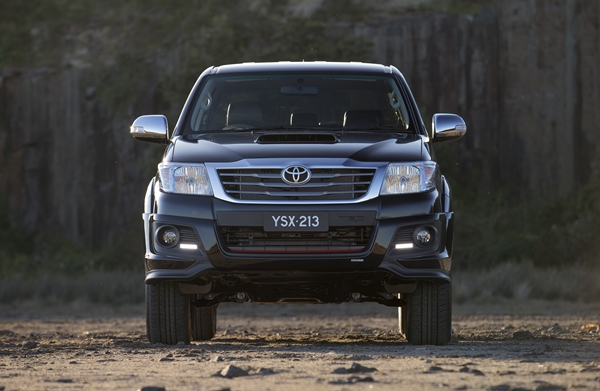 Toyota has added an edgy new style to the ruggedness of Australia’s best-selling four-wheel-drive with the unveiling of a special-edition model dubbed HiLux Black.

The name says it all: HiLux Black is decked out with a range of exterior and interior treatments that are presented in black to enhance its toughness and appeal. 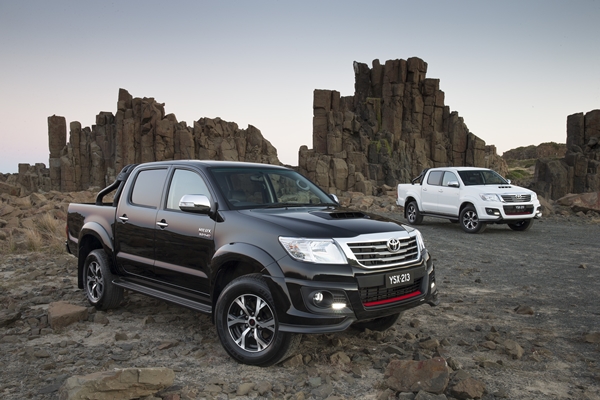 New for this version of the “unbreakable” HiLux is the combination of brooding black side steps, sports bar and leather-accented interior trim including the six-way adjustable power-operated driver’s seat.

Even the newly designed 17-inch alloy wheels are painted black behind their brightly machined six-spoke facades.

Maintaining the model’s moody theme is a large black lower front grille that features a stylish red stripe along the bottom edge. LED daylight running lamps are specified for the first time on a HiLux in Australia.

Enthusiasts will appreciate the involvement of Toyota’s global partner TRD for cosmetic enhancements with its familiar logo appearing on the wheel caps and the front bumper extension.

With fewer than 1,000 being produced, the HiLux Black is based on the SR5 4×4 Double Cab pickup and attracts the maximum five-star safety rating.

“People buy HiLux as a tough workhorse, a family vehicle or as a mixture of both, which means they are attracted by its renowned ruggedness and also its car-like comfort,” he said.

“HiLux Black delivers the best of both worlds. Its aggressive black features build on the unbreakable image of HiLux while exuding a premium appearance because black is always in style.”

The special-edition model is powered exclusively by Toyota’s torquey 3.0-litre four-cylinder turbo-diesel engine, mated to either a five-speed manual gearbox or the five-speed automatic transmission introduced earlier this year. 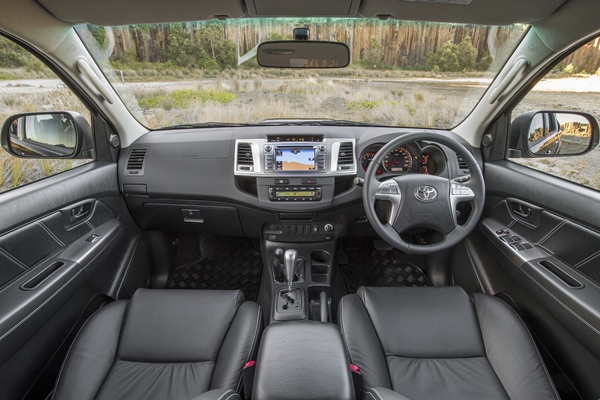 The extensive feature list includes a reversing camera and a satellite navigation* system with SUNA™ Live Traffic# updates – all viewed on the 6.1-inch display audio screen.

The colour choice is black and white – literally, as Toyota has chosen Eclipse Black and Glacier White as the only exterior paint options for the special-edition model.

Equally as stark is the black-and-white sales dominance HiLux enjoys among local customers. HiLux is the best-selling vehicle of its type and ranks third on the best-seller list for all vehicles in Australia. 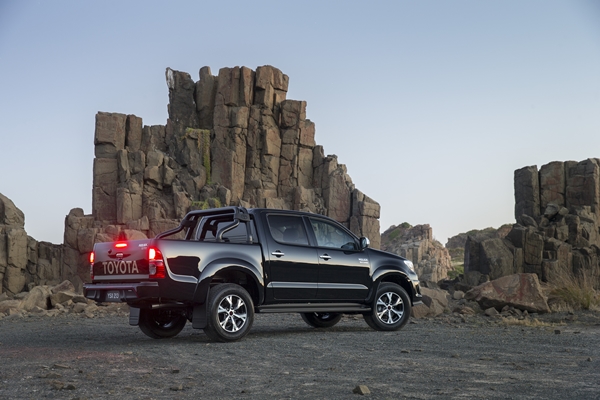 In 4×4 guise, its sales have topped 20,000 this year – a lead of more than 5,000 sales over its nearest competitor. In the 4×2 Pick up/Cab chassis market, HiLux sales are running more than 3,500 vehicles ahead of its closest rivals.

HiLux Black is priced from $53,240+ for the manual version in white. The optional black paint is $550 extra. Automatic transmission is $2,750. Like all HiLux models, it is covered by Toyota Service Advantage at a maximum of $170^^ per service.

The new Nissan V6 turbo-diesel has a major performance advantage over its four cylinder turbo-diesel rivals, with no appreciable fuel consumption penalty all stumps across Australia should start to quiver as this 3.0-litre engine produces a class-leading 170 kW power and 550 Nm torque from a low 1750 rpm. […]

The BT 50 has been a success for Mazda in sales and is an important part of their range. It looks are more subtle than some others but especially the GT is packed with features has a well combined engine and transmission, […]