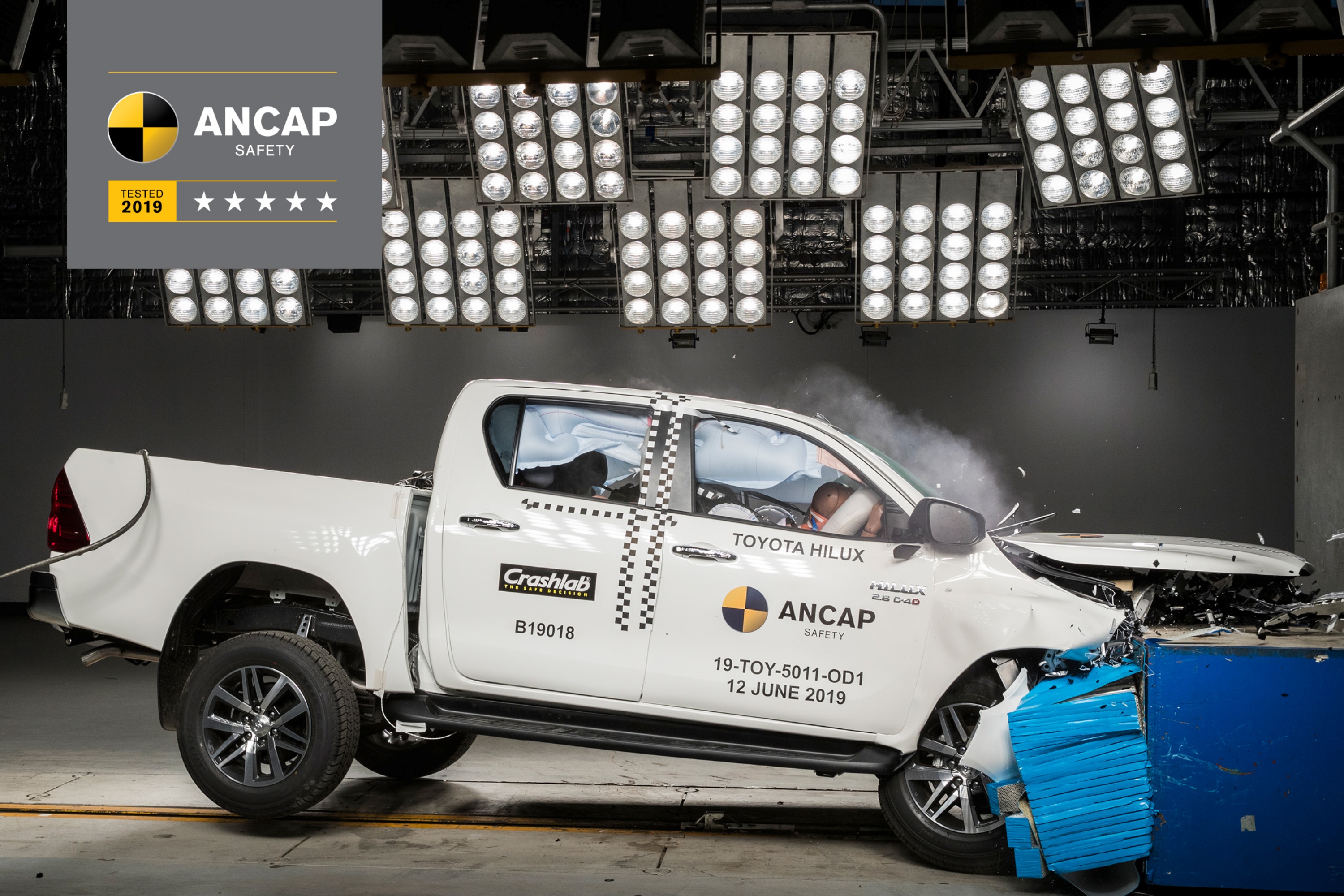 Australia highest selling vehicle model, the Toyota Hilux, has received the latest accolades from vehicle safety authority, ANCAP, following the introduction of a range of upgrades and a fresh round of independent tests to the most stringent 2019 criteria resulting in an upgraded 5 star rating.

“This is certainly an important move for Toyota customers, the segment, and more broadly, the market,” said ANCAP Chief Executive, James Goodwin.

“Significant upgrades have been introduced to the updated Hilux to enhance occupant protection and prevent collisions with other road users.”

“While already a 5 star vehicle, it is encouraging Toyota Motor Corporation Australia is the first to put forward a vehicle with improved safety specification to undergo re-testing against current, more stringent ANCAP criteria in order to update its rating datestamp,” he said.

Mid-life safety upgrades to the eighth generation Hilux include the addition of a full suite of collision avoidance technologies including autonomous emergency braking (AEB) capable of detecting and reacting to other vehicles, pedestrians and cyclists, active lane keep assist (LKA) and an advanced speed assistance system (SAS). The effectiveness of each of these systems being independently assessed by ANCAP through a full set of performance tests.

“The standard inclusion of these advanced driver assistance systems across the Hilux range is a welcome move and one which will make this model even more appealing to private and fleet buyers with many fleets insisting on 5 star rated vehicles with a ‘TESTED’ datestamp of no older than three years,” Mr Goodwin added.

“Utes are the most popular choice among Australian and New Zealand consumers, and no matter the use, the highest levels of safety should be provided.”

“This is a strong example of market-driven change,” Mr Goodwin added.

Toyota has added an edgy new style to the ruggedness of Australia’s best-selling four-wheel-drive with the unveiling of a special-edition model dubbed HiLux Black. […]

2018 Toyota Hilux Rogue, Rugged and Rugged X 4×4 dual cab utility. The new Hilux variants offer almost unrivalled practicality on and off road. That’s one of the reasons why Hilux is the bestselling vehicle in Australia. […]