It’s not often we have the opportunity to test two Cab Chassis Ute together. Both the Nissan Navara RX CC VS Ford Ranger XL CC are popular options in the work segment.

Single Cab, Cab Chassis, Tray Back, these are all names for this style of Ute.

These two Utes are very close in features, safety and price that it is natural to compare them.

Although it isn’t a ‘sexy’ segment, the 2 door 4X2 or 4X4 cab chassis segment is what keeps the multitudes of trades people and delivery drivers mobile. They, more than any other Ute, cop daily use and often abuse, yet they still keep going.

There is much competition in this segment, especially from the cheaper Chinese brands. As these are work Utes, they can’t afford to be off the road at all, so reliability and robustness is at the forefront of buyer’s choice.

Both are popular with trades people and delivery drivers 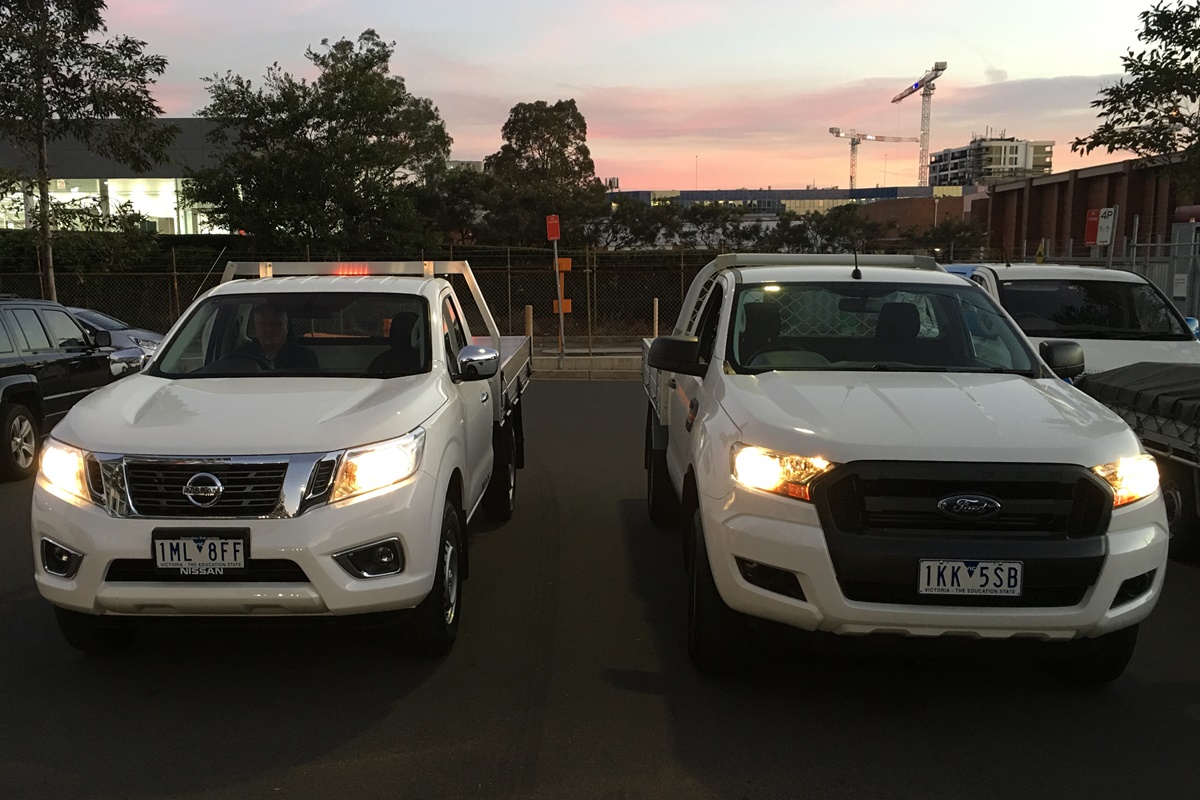 The Ford Ranger follows the American big truck appearance with a prominent bonnet and grill. Many drivers seem to like this style, as witnessed by the fact that Rangers are very popular.

Nissan adopts another approach with a softer grill but some rising bonnet sides over the guards. I like both styles but prefer the Nissan slightly.

However it is hard to build style into a single cab Ute. 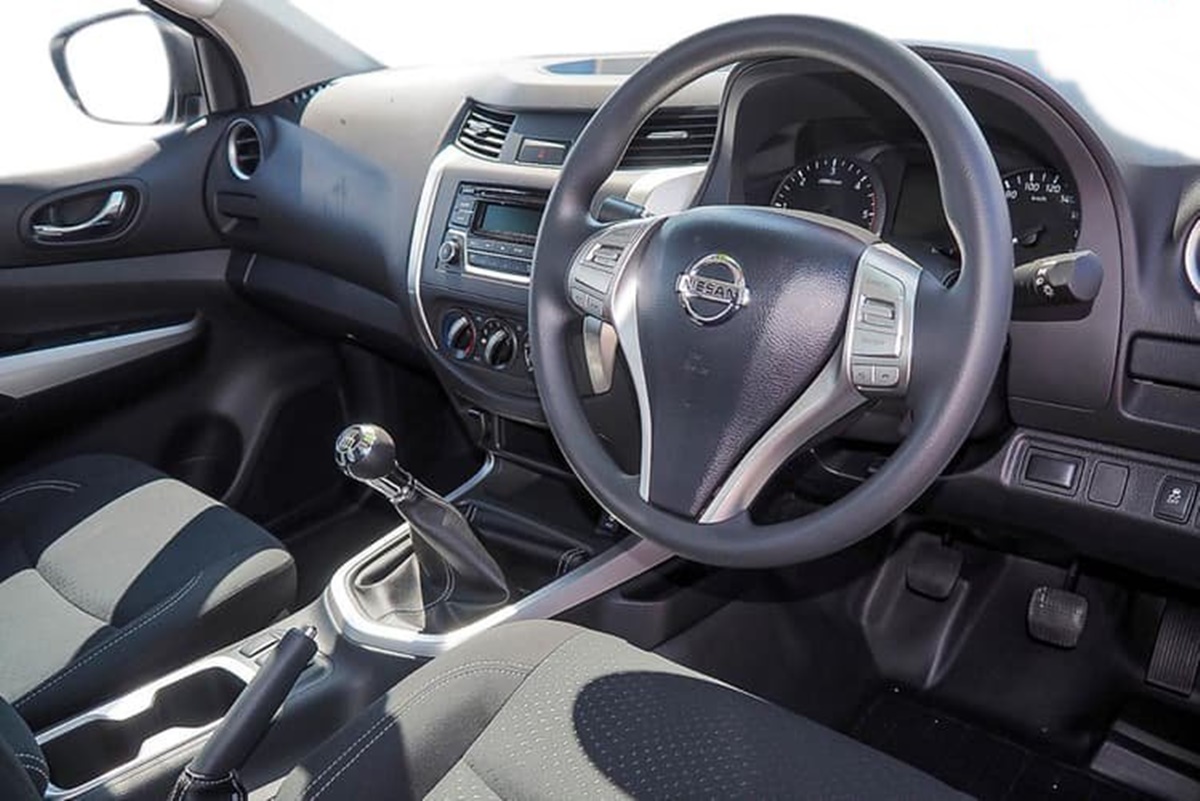 Internally the two Utes differ slightly. The Ranger has a 4 inch screen where the Navara simply has the radio.

Both Utes are reasonably comfortable inside with subtle differences. The Navara seemed to be slightly more comfortable, yet both aren’t really designed for taller drivers.

Both Utes have fabric manually adjustable seats, hard plastic everywhere, rubber mats in a hose out interior, power windows etc. They both have improved dramatically over similar Utes of bygone years, but have a long way to go towards driver comfort. 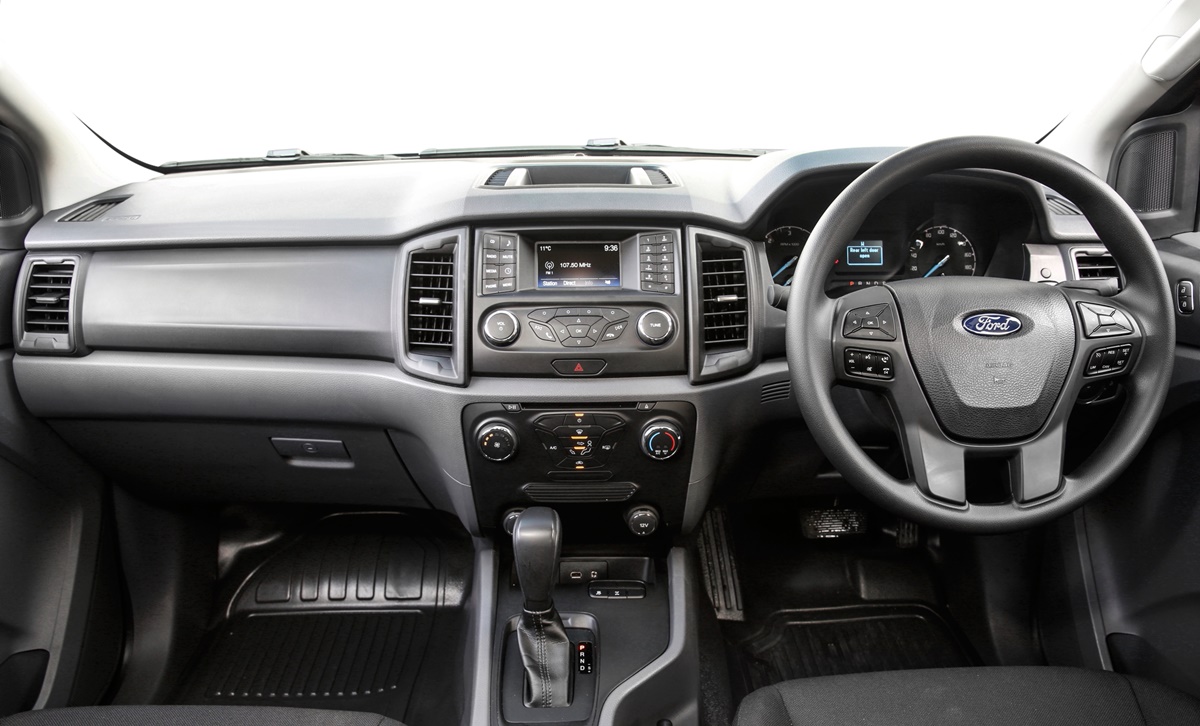 Ironically enough, given that drivers of these Utes are out all the time in all sorts of weather and at often odd hours, heated and A/C seats would be top of the list for many drivers. I feel that these are a long way off though.

As far as internal noise goes there are two schools of thought. Some owners like the diesel rumble, it makes them feel they are driving a Ute, others like a quieter car like interior. These are work Utes and can be noisy. 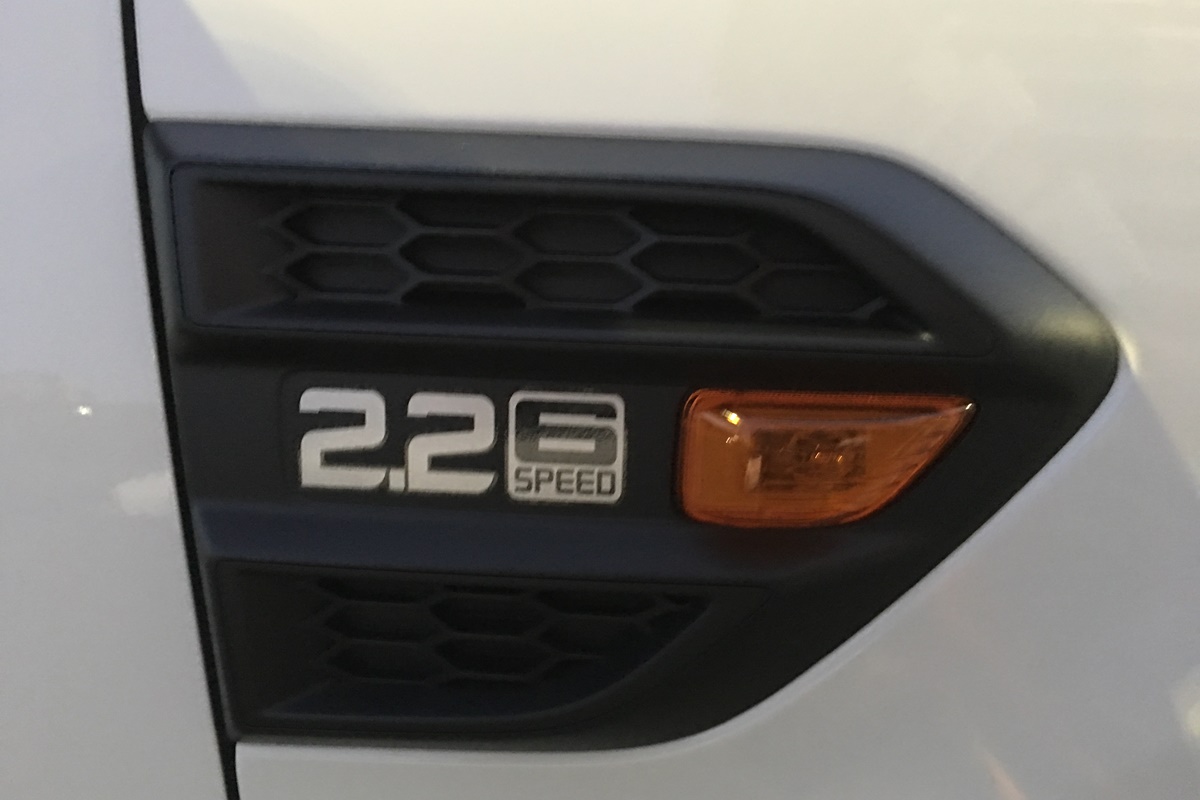 In real world conditions, there is imperceptible differences between these two vehicles. Both can carry a large load and tow trailers without too much fuss. While they have the smaller diesel engines, the abundance of torque at low rpm means that they are suitable for hard work.

Both have a six speed manual transmission and are 4×2 only. The difference in fuel economy is nothing and is negated by a driver’s right boot. I preferred the transmission of the Navara and Alan preferred the Ranger. Again personal preferences.

Either vehicle is more than adequate for their intended purposes. Either vehicle will adequately perform for long periods as a work Ute.

Both cruised easily on the freeway and were easy to drive around town. I would prefer an auto transmission though, simply because it’s easier.

Remember that these are work Utes and can be exceptionally bouncy when unladen. With a heavy load on though, the ride improves dramatically, as does the quietness ironically. 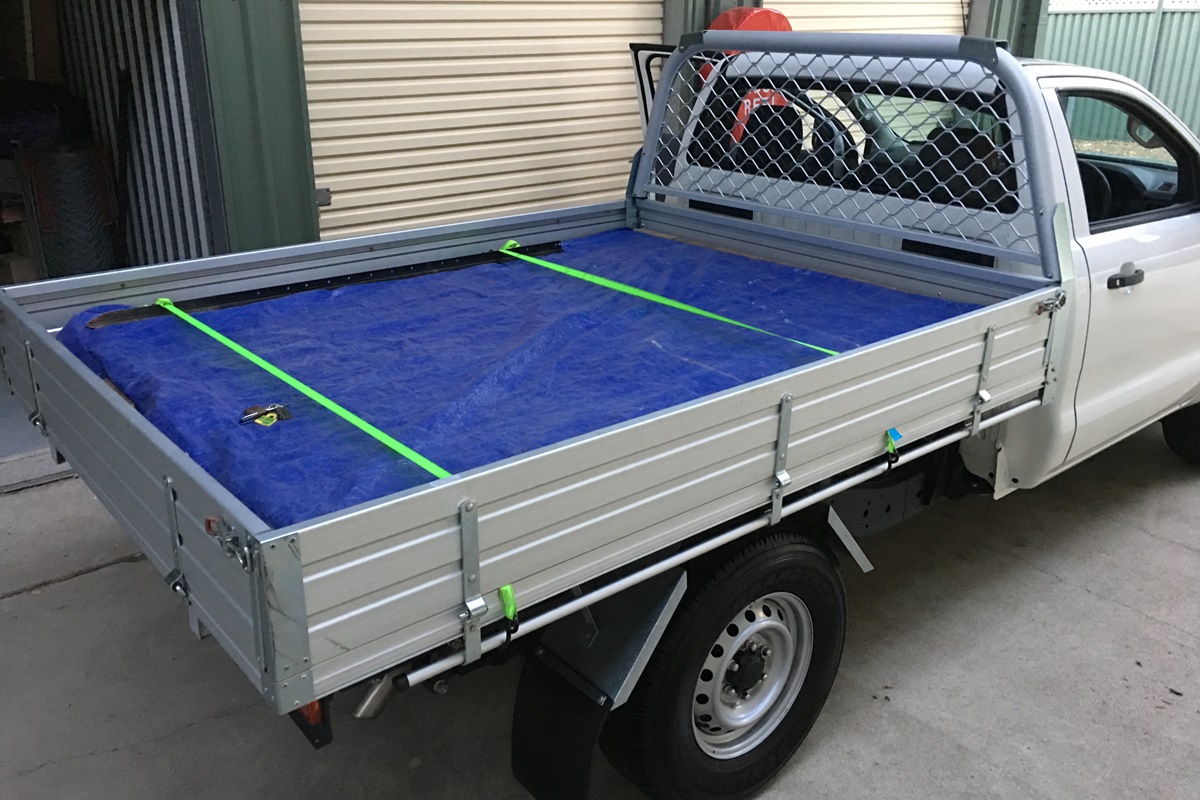 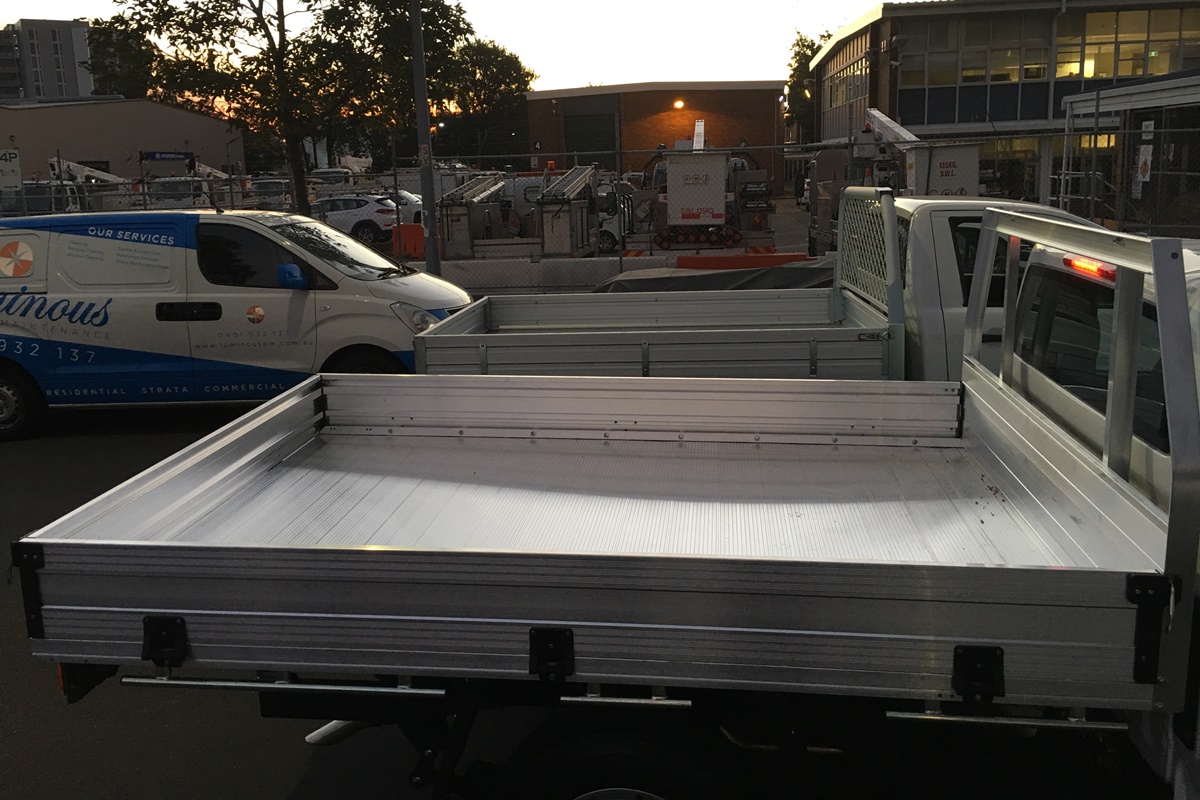 Again there are such minor differences between these two vehicles that you are measuring in mm to see it.

Remember if you exceed your vehicles tow ball rating or GCM then not only are you operating a potentially unsafe vehicle, but exceeding what the manufacturer states also voids your warranty and insurance.

As mostly these Utes will be used on road and around building sites, things such as approach and departure and wading depth are minor issues.

The Navara has a slightly higher payload and GCM but not enough to be a deciding factor. Tray length is dependent on what is fitted but these two had almost identical length trays. 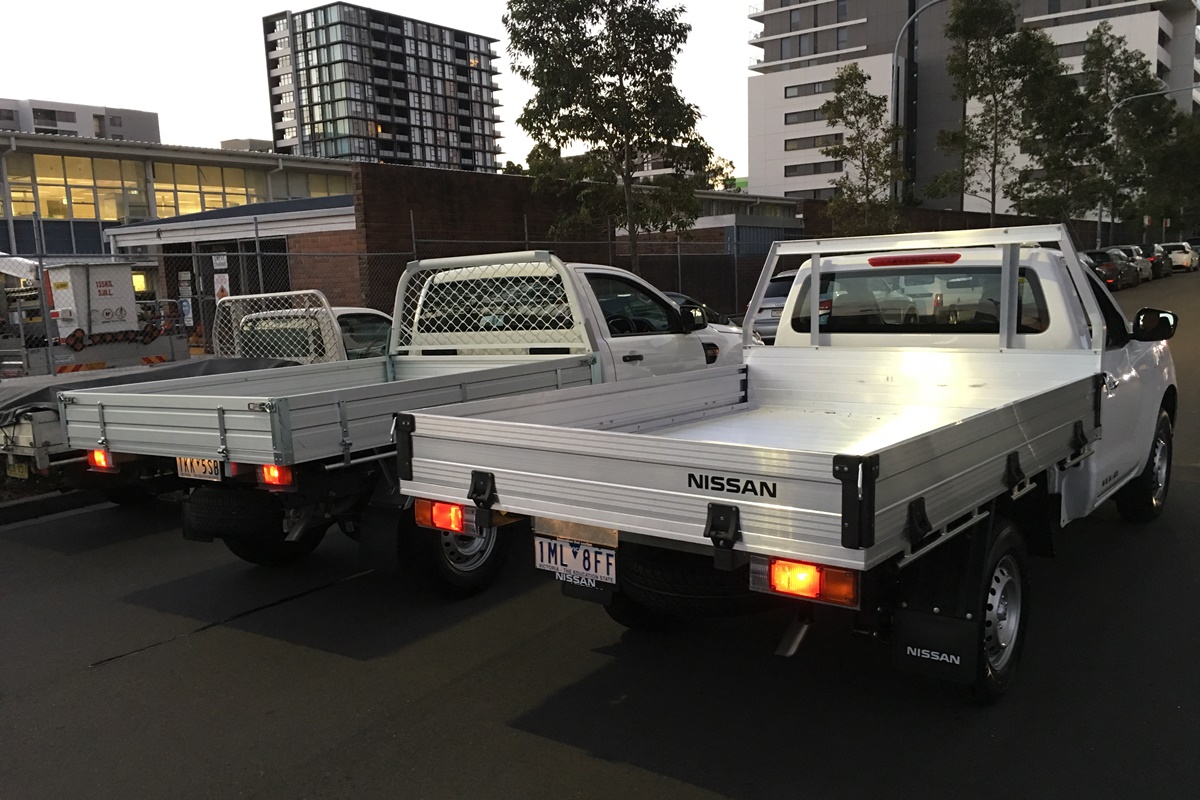 One thing that is important though is that the Ranger had no internal tie down points on the tray. I had a load that was shorter in height than the sides, so had to slide the tie down under the tray side and tie up on the lower rails. Very inconvenient and unsafe. 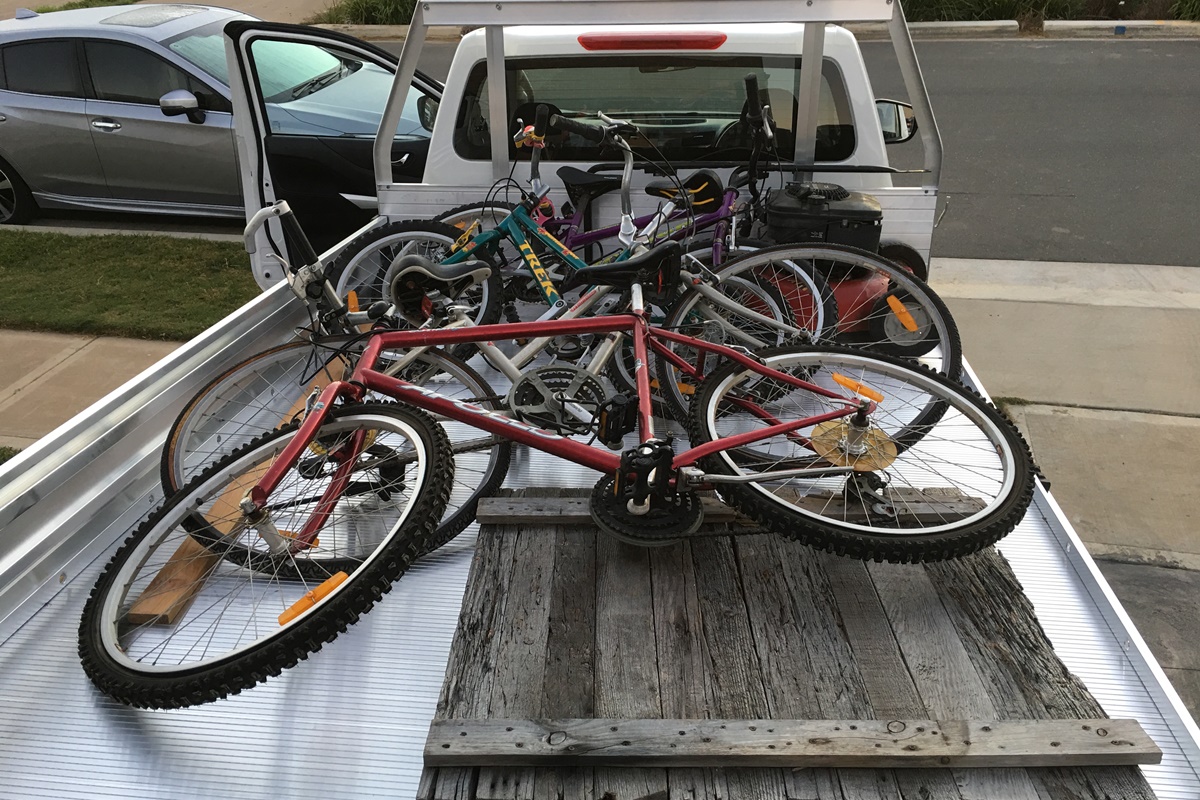 Both of these Utes have an ANCAP 5 Star safety rating. Yet they don’t have a reversing camera. How can that be?

My belief is that all vehicles should have a reversing camera to achieve a 5 star safety rating.

The Ranger has trailer sway assist and roll over mitigation. Otherwise they both have the, now seemingly standard, plethora of safety features, and that is a good thing. 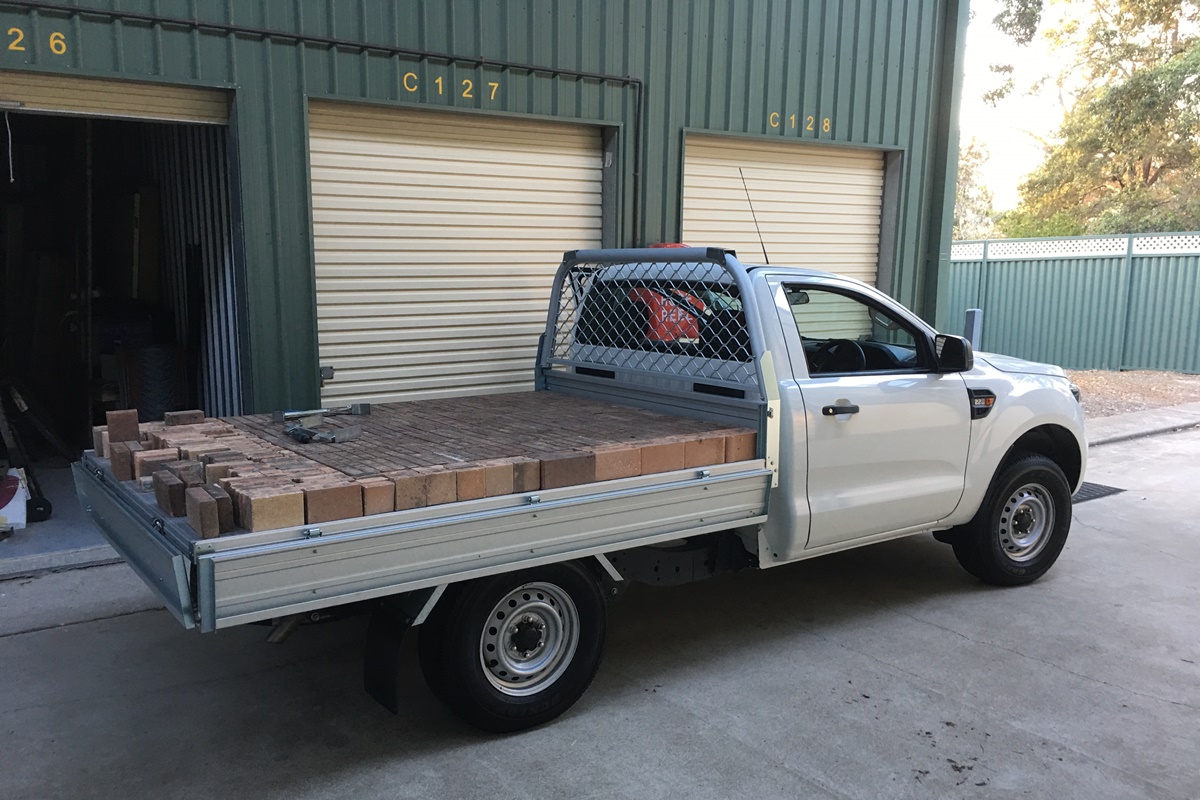 It is amazing just how close these two Utes are. We had two drivers over the week, to get two different inputs. As it turned out I liked one more and Alan liked the other better.

I think that sums up exactly what the issue is with these two Utes.

Which one you buy will totally depend on what features you like and how it feels for you. They are so close in almost every aspect (except towing) that it’s almost impossible to differentiate them.

About Rob Fraser 162 Articles
Rob first learned to drive on the farm in a left hand drive WW11 Jeep when he was 11, many years ago. He has maintained a strong interest in the industry ever since and was hooked on 4WDriving way back then. Often known for taking the 4WD in the driveway over the sports car, he has travelled pretty much everywhere in Australia and when he is bored goes for a drive.
Website

The Ford Ranger range includes three cab styles (Single, Super and Double), two body styles (cab chassis and pick up), two engines (2.2-litre and 3.2-litre turbo diesels) plus the option of manual and automatic and 4×4 or 4×2. Plus there is the 4X2 Hi-Rider to ensure as many potential customers are covered as possible. […]

The Ranger XLT is a good 4WD Ute. It is however relatively expensive compared to others in the segment but has built itself sales success despite the pricing. […]

Nissan Australia has developed an exclusive halo version of its popular Navara – the Nissan Navara N-TREK Warrior – featuring a range of engineering enhancements and changes that deliver the most stylish and capable Navara ever. […]