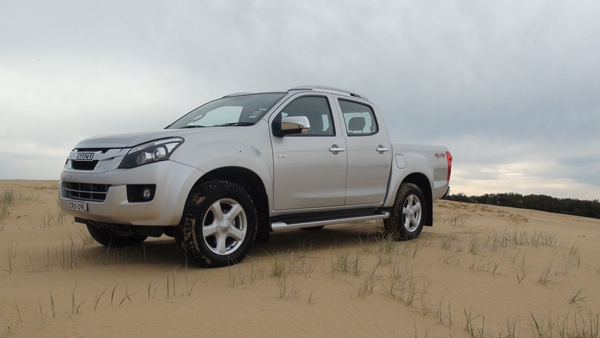 Isuzu D MAX lives up to its sales potential with bumper December and 2014. A perennially strong performer in year end awards, the Isuzu D Max has progressively translated that critical approval to sales.

Isuzu UTE Australia (IUA) has firmly established itself as an imposing franchise in the Australian automotive industry with the recent achievement of several key milestones that have propelled the distributor into the next stage of its evolution.

Spearheading the achievements, IUA finished 2014 with its strongest sales figures in its six year history. IUA registered a total of 2,339 vehicle sales for the month of December – comprising 1,775 one-tonne D-MAX utes and 564 units of its seven-seat MU-X SUV.

The significant sales improvement can also be attributed to the continual expansion of Isuzu UTE’s dealership network – which now numbers more than 100 dealers nationally (up from 39 in 2008). Recent additions to IUA’s dealership footprint include a combination of high-profile metropolitan and regional locations along with several rural outlets designed to service and support IUA’s growing mining fleet customers.

Isuzu UTE Australia Managing Director & CEO, Yasuhiro Takeuchi said: “I am extremely happy with the rapid growth our franchise has achieved and would like to thank our dealers and their staff for their continued commitment to ensuring our customers receive the very best service and the brand enjoys the success it deserves.

“It was only a couple of years ago we were celebrating the sale of our 10,000th vehicle – so to be realising 50,000 units so quickly is a testament to both the strength of our products and satisfaction of our customers.

“We have some very exciting plans afoot to ensure our growth is not only sustainable, but increased in 2015 and beyond.”

Five of the Best Super Utes Available or Concept

Super Utes – We all lust after the hyped up Ute. That’s why the aftermarket accessory shops are so popular. The bigger tyres, the super lift, the absolute go anywhere ability. These are the things that excite true 4WD Ute enthusiasts. […]