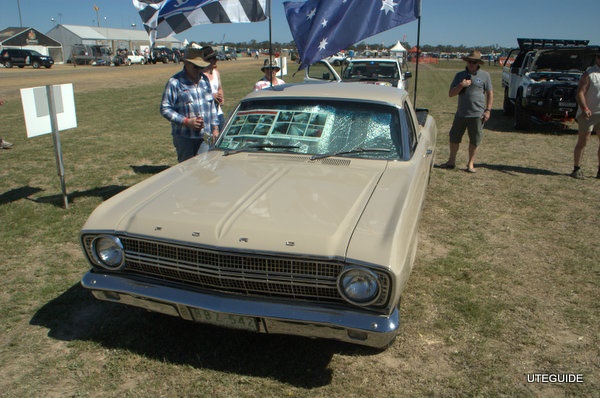 Following the announcement of this year’s Deni Ute Muster “Australian Made” theme, organisers are pleased to announce that, thanks to Coates Hire, the Show N Shine competition is being expanded with 14 all new categories and a grand prize of $10,000 cash for the ultimate title of “Ute of the Year”.

The Deni Ute Muster’s DNA is to celebrate all things Australian from music to food to circle work to whip cracking and, of course, the Ute takes pride of place.  The Coates Hire Show N Shine has been a yearly initiative at the “Muster” since its inception 17 years ago with approximately 2,000 vehicles taking part to date.

Australia gave the world the Ute back in in 1932 and since then it’s become the vehicle of choice for everyone from farmers to builders to campers looking to get off the beaten track, and the Deni Ute Muster plans to honour it again with the biggest beaut-ute party ever held.

This year, the Deni Ute Muster team have been hard at work devising new innovations for the Coates Hire Show N Shine aimed at bringing Ute owners together from all occupations and households. This year’s program aims to see who really does have the best Ute in the country with fourteen new categories expanded to include both working and recreational vehicles.

The winning Ute in each category will receive a $500 cash prize with the runners up taking home a Coates Hire prize pack. Every entry will go into the draw to win the “Ute of the Year” title and a $10,000 cash prize.

Entries for the Coates Hire Show N Shine competition open on Wednesday, 22 April and the application form can be downloaded from www.deniutemuster.com.au.  The $20.00 entry free gives each competitor the opportunity to enter their vehicle into a maximum of three separate categories as well as giving automatic entry into the Coates Hire “Ute of the Year”.

Kate Pitt, Deni Ute Muster General Manager has said “The entire Deni Ute Muster team are thrilled with the revamp of the iconic Coates Hire Show N Shine, we know with the huge cash prize on offer it will entice some of the best Utes in Australia to enter to comp and it will be a must see at the event!”

The Deni Ute Muster is on almost every local and international bucket list and with no rise in ticket prices, more music and more fun than you can cram into your average long weekend, our Australian Made event will be one to remember for a lifetime so don’t miss out – get your tickets today!

Nissan Navara has always been an excellent Ute. Nissan allowed the competition to get ahead of them in recent times and in an extremely competitive segment, that can be market suicide. […]

Jeep Gladiator Forum has supposedly found leaked details on the  FCA site before it was removed, of the all new Jeep Gladiator Ute. […]